'Your Morning' will be 'contemporary twist' on morning TV 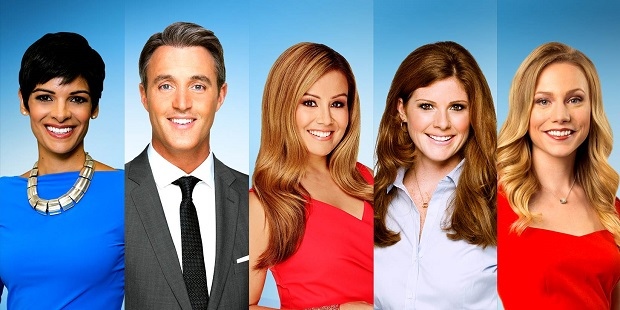 TORONTO -- CTV's long-running "Canada AM" will be replaced with a new show that offers a "contemporary twist" to morning TV, the network said Monday in announcing "eTalk"'s Ben Mulroney and former CBC News anchor Anne-Marie Mediwake will co-host "Your Morning" later this summer.

While viewers were shocked by last week's sudden announcement that "Canada AM" was ending its 43-season run, hosts Beverly Thomson, Marci Ien and Jeff Hutcheson had known about the looming change "for a period of time," said Randy Lennox, president of entertainment production and broadcasting for Bell Media.

"We are not the type of organization that would do that to people that we respect, such as our hosts and staff of 'Canada AM,"' Lennox said in a phone interview.

"Our hosts were the ones that made the decision to have one final episode rather than, for example ... a weeklong celebration."

When asked why CTV didn't publicly disclose that the "Canada AM" team didn't want an extended goodbye, Lennox said he had to "respect the wishes" of those affected.

"I would be remiss to tell people what to do," said Lennox. "I'm a listener, and I listened to what they felt was appropriate for an elegant transition, and then we conducted ourselves accordingly."

Lennox said CTV plans to "pay respect and homage" to "Canada AM" with the new program, while adding that "lots of surprises" are planned for "Your Morning."

"Hopefully, we'll find this to be a great morning show with a very contemporary twist."

Both Mulroney and Mediwake come with past morning show experience. Mulroney previously appeared on ABC's "Good Morning America" and "Canada AM," while Mediwake had early morning stints anchoring at Global and CBC.

Mulroney said one of the aspects he loves most about the morning show format is how the programs act as a central hub for a variety of news.

"You'll hear about sports and news and entertainment and the biggest story that's gripping the world, or some Internet oddity -- and I have a real interest in all of those things," he said.

"I used to think: 'If I could ever get a job in television, that would be the kind of job I would want to do, where you can interview headline-makers but also be a part of live events,"' she said.

"I have a huge respect for what ('Canada AM') not only meant to Canada, but what it meant for me as well; and I bring that respect with me into doing 'Your Morning."'

Mulroney acknowledged that there will be a "mourning process" for "Canada AM" fans, but hoped viewers would tune into the new telecast.

"There's a deep, deep connection between morning show hosts and their audience, and there were none deeper than that of the 'Canada AM' team and their viewers," he said.

The new live three-hour telecast will be broadcast from Bell Media's downtown broadcast centre in Toronto, and will air weekday mornings on CTV in Ontario, Quebec and Eastern Canada and nationally on CTV News Channel. Locally produced morning programs will be aired on CTV in the rest of the country.