TORONTO -- A 25-year-old woman is facing a number of charges after a cyclist was struck and killed in Markham in an apparent hit-and-run Monday morning.

Police say they received a call regarding a collision involving a cyclist at 8:22 a.m. in the area of Carlton Road and Old Ivy Lane, though officers say it's unclear when the incident actually took place.

When officers arrived on scene, they located a 50-year-old male cyclist suffering from life-threatening injuries. He was rushed to hospital where he later died, police said. The driver of the vehicle did not remain on the scene, according to police.

The victim has been identified by family and friends as Safet Tairoski. 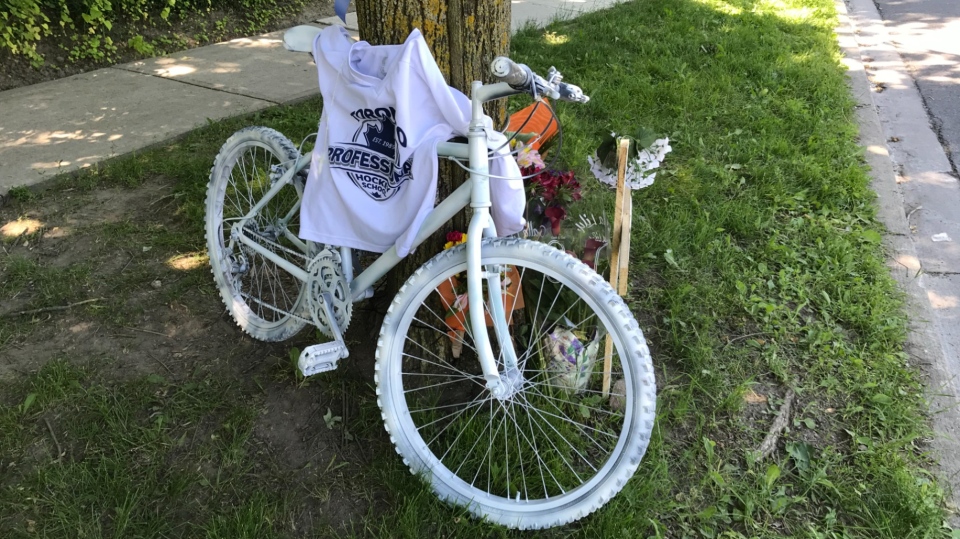 York Regional Police’s Major Collision Investigation Unit said they obtained video surveillance of the suspect vehicle with damage following the incident. Police say that the suspect made a false police report regarding the collision on Tuesday.

“Investigators located the damaged vehicle at an auto repair shop in Markham. The suspect was placed under arrest and has been charged,” police said.

Alexandra Forrestall, 25, of Markham has been charged with failing to stop at a collision causing death, public mischief and obstruction. She is scheduled to appear at the Ontario Court of Justice on Oct. 1.

In a news release issued on Wednesday, York Regional Police Chief Jim MacSween thanked the public for their help in providing video evidence.

“I also want to recognize the efforts of our officers who have worked around the clock to make sure that the person responsible for this tragic death is brought before our courts,” MacSween said.

The investigation is ongoing and police are asking any witnesses, as well as anyone with video footage of the incident, to contact the Major Collision Investigation Unit by calling 1-866-876-5423, ext. 7704. Tips can also be left anonymously online through Crime Stoppers or at 1-800-222-TIPS.

According to a friend of the family, Tairoski had just purchased a new bike and helmet to get to and from work during the COVID-19 pandemic.

Marc Anthony Lacroix said Tairoski had been riding to work every morning without incident and was a “very safe” cyclist.

“Every morning I’d come outside and I would say ‘hey Safet, how many kilometres today?” Lacroix said.

As Tairoski's next-door neighbour, Lacroix says he considered the father of three to be his “second dad” who gave everything to his family and friends.

"He gave everything to, not only his family, but everyone around him. Never once was mad, angry. Always worked as hard as he could."

"[He] never stopped. I’d see him at 6, 7 in the morning in the garden and coming in when it’s dark outside. He gave his all to his family. He’ll truly be missed," Lacroix added.