TORONTO -- A six-year-old Yorkie is in intensive care after being attacked by a coyote who started to chase its 10-year-old owner.

Lily Kwan told CTV News Toronto that she was walking her dog Tuesday morning near St. Clair Avenue and Warden Street when a coyote approached her on the sidewalk. She said she had recently read postings from neighbours warning that coyotes had been approaching young children in the area.

Kwan says she started running away screaming for help. Home security video shows them being chased by the coyote along the sidewalk. She was ringing on door bells, but no one answered at first.

“I ran to the sidewalk and started screaming for help. No one heard me,” she said, adding that she dropped her dog’s leash in the process.

In the video, Kwan is seen running down the sidewalk as the dog appears to try and protect her. The dog, whose name is Macy, can be seen confronting the coyote. At one point, the coyote has Macy in its mouth. Eventually a neighbour came out and chased the coyote away.

“She’s a super brave dog, I love her so much and I just thought this tiny dog could protect this huge human being trying to fight off this huge coyote.” 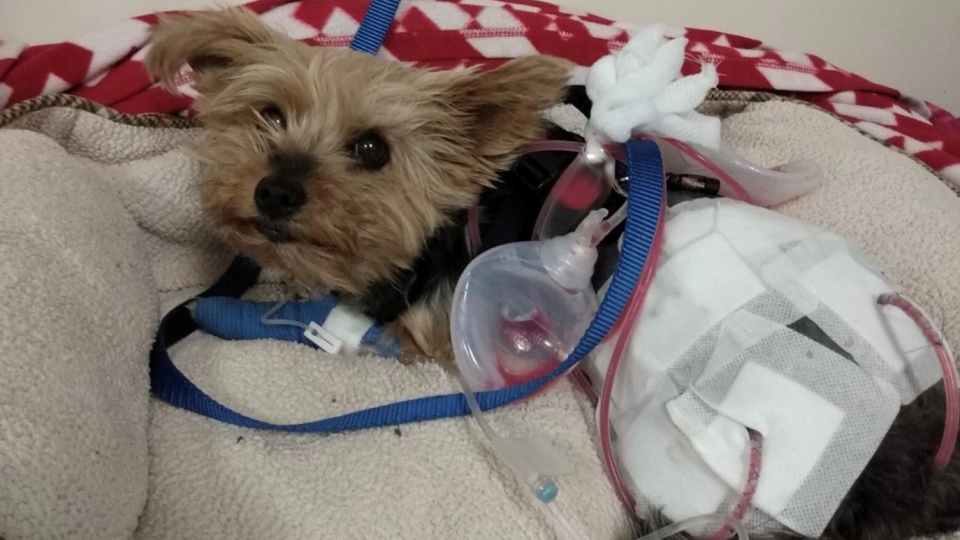 The 10-year-old’s mother was on her way to work when the attack happened.

Dorothy Kwan told CTV Toronto, adding that she is shocked at how bold and brazen the wild animal is wandering into a subdivision in broad daylight

“I would never guess that a coyote would come out during the day and especially with someone screaming and yelling. It still was not fazed, it just kept coming after her and our dog, despite all the yelling. It was quite aggressive.”

Macy sustained about eight large puncture wounds from the attack and required surgery. The Yorkie is now recovering at a local vet in an intensive care unit. A GoFundMe campaign has been launched to help pay the vet bills and has surpassed $10,000 in donations.