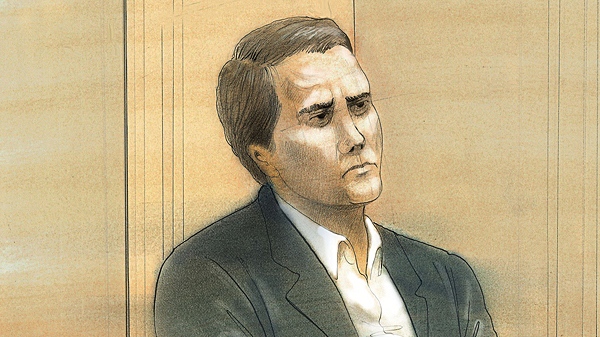 The man accused of murdering a Chinese exchange student in her York University-area apartment last year was denied bail on Thursday.

Brian Dickson is charged with first-degree murder in the death of Qian Liu. The Chinese visa student was found dead, naked from her waist down, in her apartment last April.

Justice Anne Molloy said her decision was "primarily" based on the public's confidence in the justice system. She said the decision was made also in view of public safety.

Dickson, 30, appeared in court clean-cut and dressed in a dark suit on Thursday. His parents were in court for the rare bail bid, CTV Toronto's Tamara Cherry reports.

Dickson had to make a special application to the Ontario Superior Court to be released on bail.

A preliminary hearing is set to begin on Jan. 30 to determine if there is enough evidence to advance to trial.

Twenty-three-year-old Liu was born in Beijing and arrived in Canada to study English at York University in September 2010.

Liu's death, on April 15, 2010, made headlines around the world as the "webcam murder" after police said Liu's boyfriend witnessed part of the attack over his webcam from China.

Last April, her boyfriend Meng Xiachao told CTV News in Beijing that he watched in shock as a man attempted to hug his girlfriend before attacking her.

The cause of Liu's death has not been revealed.

With files from CTV Toronto's Tamara Cherry. Follower her on Twitter at @TamaraCherry.