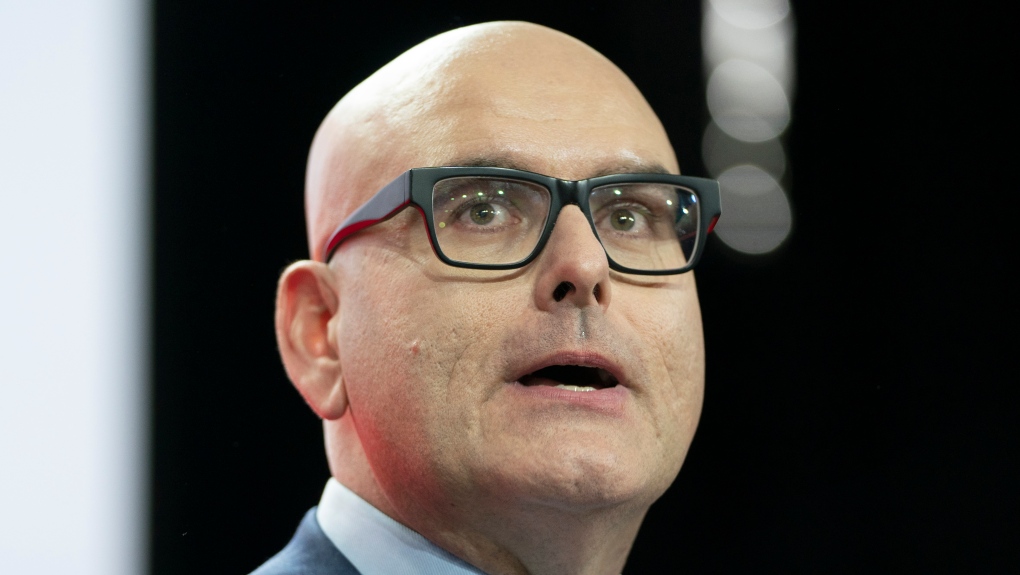 TORONTO -- Ontario Liberal Leader Steven Del Duca says that York Region should have remained under the provincial shutdown and stay-at-home orders for another two weeks, after malls and businesses in the region were swarmed with shoppers on the first day of the economic re-opening.

York Region was officially designated a ‘red-control’ zone on Monday, which allows all businesses to reopen for indoor shopping and restaurants to resume indoor dining with strict capacity limits – the first taste of normalcy in ten weeks.

The reopening was immediately met with long line-ups at malls and other businesses, leading to calls from Markham’s mayor to impose further restrictions such as additional capacity limits on big-box retailers and grocery stores.

Del Duca, who lives in York Region and represented the riding of Vaughan-Woodbridge until 2018, also questioned whether York region should have been moved into the province’s colour-coded reopening framework in the first place.

“I don't think York region should have moved out ahead of Toronto and Peel,” Del Duca told reporters at Queen’s Park.

The Liberal leader pointed to York Region’s weekly incidence rate of 77.38 cases per 100,000 which, at the time of the decision to move the region into the red zone last week, exceeded Toronto’s per capita case count of 72.86.

The threat of the COVID-19 variants also created enough concern in Peel Region and Toronto that the local medical officers of health penned a letter to Ontario’s Chief Medical Officer of Health Dr. David Williams asking for a two-week extension of the shutdown orders until Mar. 8 – which was granted.

“I'm not quite sure how Dr. [Lawrence] Loh and Dr. [Eileen] De Villa saw one thing and their colleague in York Region saw something different,” Del Duca said

“With the new variants in place and the new concern being expressed from epidemiologists and experts across the spectrum, it would have been more prudent for York Region to move in lockstep with Toronto and Peel.”

Dr. Karim Kurji, York Region’s Medical Officer of Health, has repeatedly stated that since the region dealt with outbreaks of the B.1.1.7 variant in early January the area is better equipped to combat additional outbreaks.

Del Duca also suggested that travellers from Toronto and Peel should be restricted from shopping at businesses in York, to help contain COVID-19.

“You don't require a border to be closed, it's as simple as asking someone walking into a store or a commercial setting to show some form of identification with an address,” Del Duca said.

While Premier Doug Ford said the province can’t police the 14.7 million residents of the province, the government is also unwilling to place road blocks or police checks to enforce the stay-at-home order – which Del Duca believes is a mistake.

“We've seen this movie before, it happened last time because York went out ahead of Toronto and Peel… and the same thing happened, the malls, the stores etc. in York Region were flooded [with] people who came from different parts of the province, like Toronto and Peel that were still locked down.”