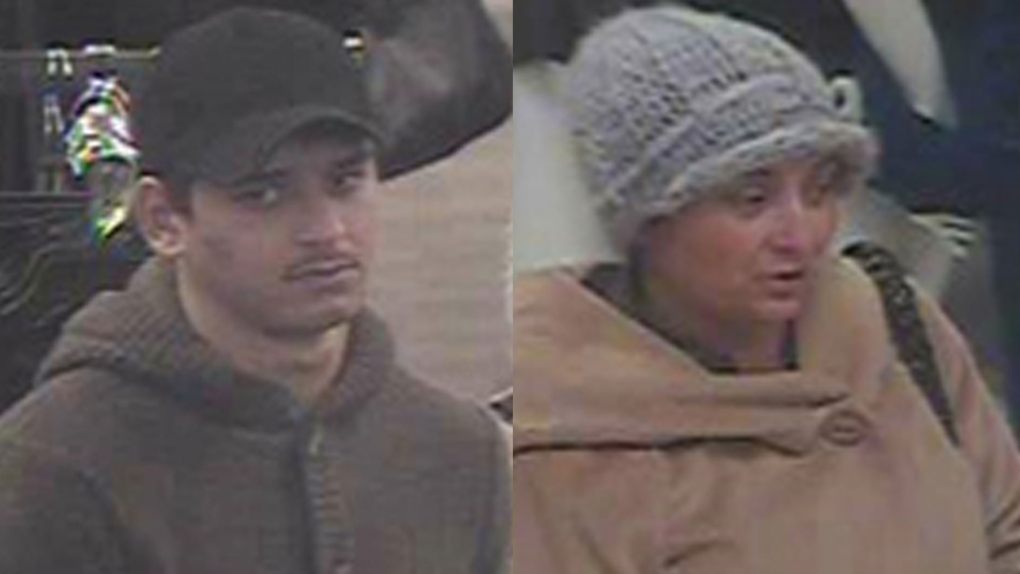 York Regional Police are seeking two suspects in connection to a series of distraction-style thefts.

York Regional Police are seeking two suspects in connection to a series of distraction-style thefts targeting seniors in the York region and elsewhere in southern Ontario.

According to police, the suspects learn a victim's personal identification number (PIN) as they make credit card purchases.

The victim is then followed and distracted while their wallet is stolen. The suspects then use the stolen credit card and PIN to withdraw money from the victim's accounts.

In a statement issued Thursday, police said there have been at least five cases of this kind of theft, dating back to February. The statement also mentioned similar cases from across southern Ontario, though it is unclear if the same suspects are involved.

Police are seeking a man and a woman, believed to be working together.

Police advise people to be careful when entering their PIN when making financial transactions. Seniors should also be aware of their belongings if being distracted by others.

Potential witnesses can also leave a tip online or text YORK and their tip to 274637 (CRIMES).