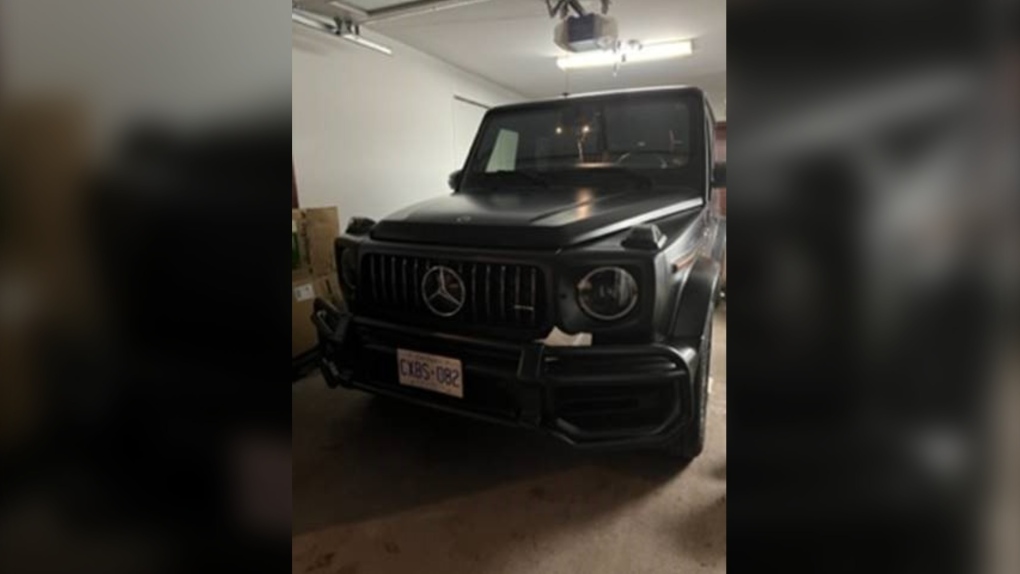 York Regional Police (YRP) have arrested and charged four people in connection with an investigation into the organized theft, re-vinning and trafficking of stolen vehicles at an auto shop in Vaughan.

Re-vinning refers to the practice of stealing a vehicle and putting what appears to be a legitimate vehicle identification number (VIN) on the front dash, then selling it to a third party who is unaware of the vehicle’s origins.

Police say the investigation began last month and focused on the Royal Customs auto shop on Ritin Lane in Vaughan, which police suspected was being used for trafficking stolen vehicles.

Last week, YRP officers executed a search warrant at the shop and at the home of one of the suspects, leading to the arrest of four people and the location of several stolen vehicles.

The York Regional Police Auto/Cargo Theft Unit have charged 4 people following an investigation into vehicle thefts, re-vinning and trafficking of stolen vehicles connected to a vehicle shop called Royal Customs on Ritin Lane, in the City of Vaughan.https://t.co/nEE7CuySHp pic.twitter.com/IQcP0mViaI

Christian Pangan, 27, Kevin Abaya, 29, Chrisjann Doria, 23, all of Toronto, and Shawn Starr, 25, of East Gwillimbury have collectively been charged with 10 offences, including possession of property obtained by crime and possession of a restricted firearm.

YRP say there’s been an increase in vehicle thefts over the past several years and urge the public to follow these safety tips:

Health Canada is reviewing the safety of domperidone amid reports that some breastfeeding mothers in Canada and the U.S. have had serious psychiatric symptoms when they tried to stop taking the drug.