Wynne promises $2.5B fund to keep business in Ontario 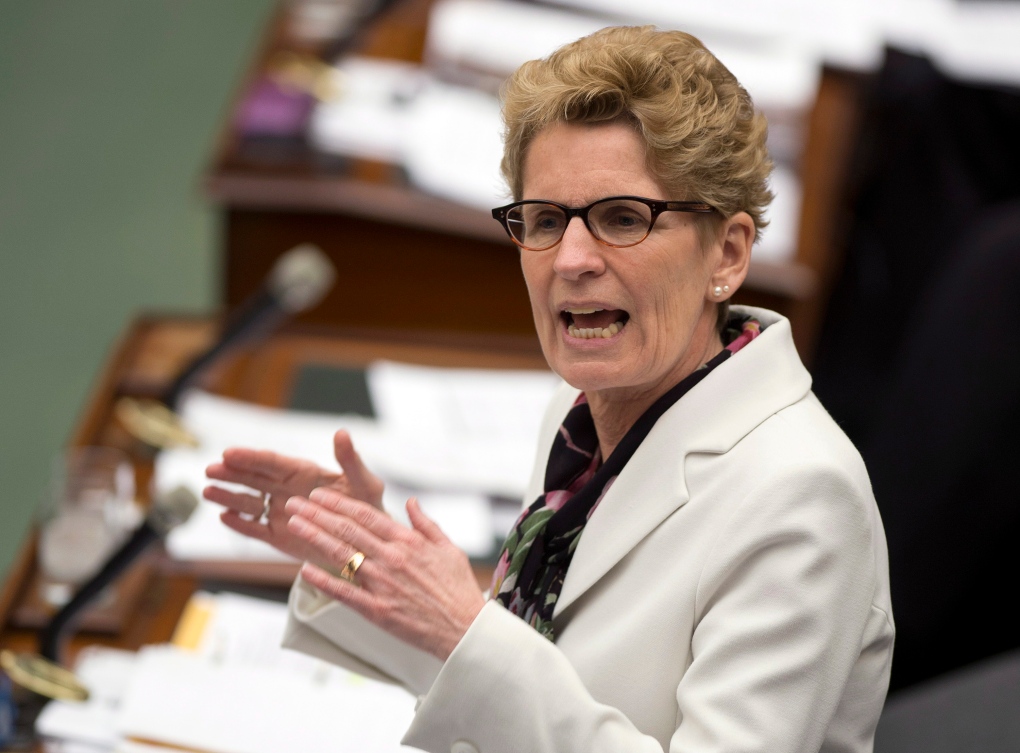 TORONTO -- Premier Kathleen Wynne is promising $2.5 billion in grants to businesses over the next decade aimed at attracting and keeping companies in Ontario, a move the Progressive Conservatives denounced as corporate welfare.

Ontario can't be "idle" in a competitive world, Wynne said Monday in a speech to the Empire Club.

"We need to be aggressive and creative in striking partnerships that are in the short- and the long-term interests of the people of Ontario," she said.

"We can't simply expect to keep Ontario competitive but then pretend that we're not in a competition."

Details about the so-called Jobs and Prosperity Fund were scant, with Wynne promising more information in Thursday's budget.

But government officials confirmed that companies who apply and meet certain criteria could receive public dollars.

The Liberals have already announced a $120-million grant to Canada's largest software company, Open Text Corp. (TSX:OTC), and up to $220 million to Cisco Canada to expand their operations in Ontario.

If the Liberals want to attract businesses, they should focus on lowering Ontario's high hydro rates, corporate taxes and payroll taxes, he said.

"You need to fix those core fundamentals," Fedeli said. "That's all you need to attract business."

Wynne defended the Cisco and Open Text grants, saying the subsidies are tied to job creation and expanding key industries.

The Tories' approach is "wrong-headed" because they don't believe in "partnering" with business, she said.

"We are competing in an economy, globally, where other jurisdictions are putting incentives on the table," she said.

Wynne singled out the Tories in her campaign-style speech, saying leader Tim Hudak's refusal to co-operate with business will "take us along a path toward a low-wage economy."

The New Democrats are hostile to business and would make "reckless financial decisions," she added.

The minority Liberals need at least one opposition party to support their budget to avoid defeat and an election.

But Wynne has dropped the conciliatory tone she adopted in the past to win over the NDP.

The New Democrats have sharply criticized the Liberals over the estimated $1.1-billion cost of cancelling two gas plants, but won't say if they'll topple the government they've propped up for the last two years.

"Folks back home are telling me that it's time to let them have a vote," said NDP MPP Percy Hatfield.

"But that's the folks in my riding, not necessarily the folks in Toronto or the people in the north or the east or the west."

Wynne said the government will also extend the Youth Employment Fund to September 2015.

The fund provides up to $7,800 for each eligible 15- to 29-year-old worker to help cover wage and training costs and offset job-related costs like tools and transportation.

The premier also reconfirmed her intention to create what she's calling the Ontario Retirement Pension Plan, saying more details will be disclosed in Thursday's budget.