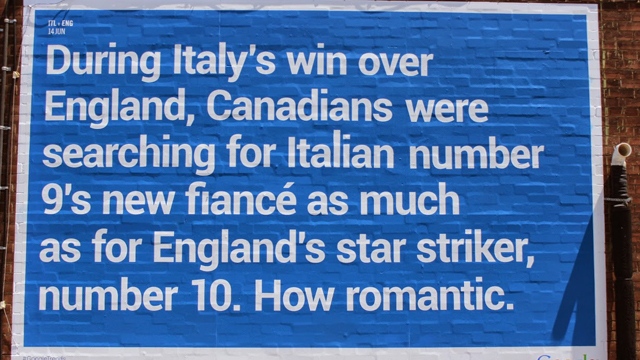 It seems Torontonians have caught World Cup fever – and are showing their soccer love with online searches.

It seems Torontonians have caught World Cup fever -- and are showing their soccer love with online searches.

Google Canada says it has launched a series of pop-up painted murals in the city that will depict what sports fans are searching for during key matches of the 2014 FIFA World Cup.

Seven locations across Toronto have been selected as sites for the murals. They are located in some of Toronto's known soccer hubs, such as the Corso Italia neighbourhood and the Greek Danforth.

"Google will divulge a unique glimpse into what the world wants to know before each kick-off and after the whistle blows, based on Google Trends data," a statement from the Internet search giant said.

World Cup 2014 kicked off in Brazil last Thursday. Since then, Google Trends has identified a number of searches that have been popular among soccer enthusiasts around the world: 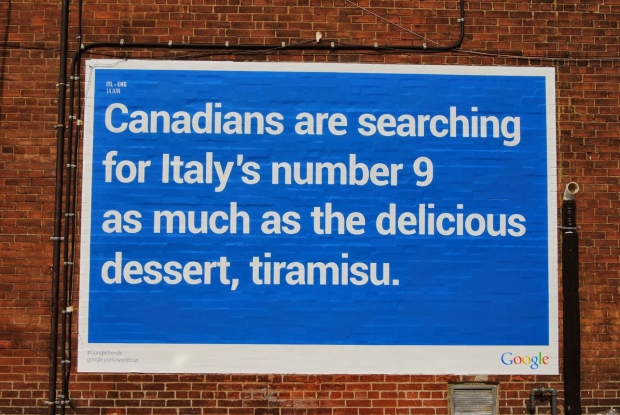 Here are some other popular World Cup related searches that have been popular around the world: 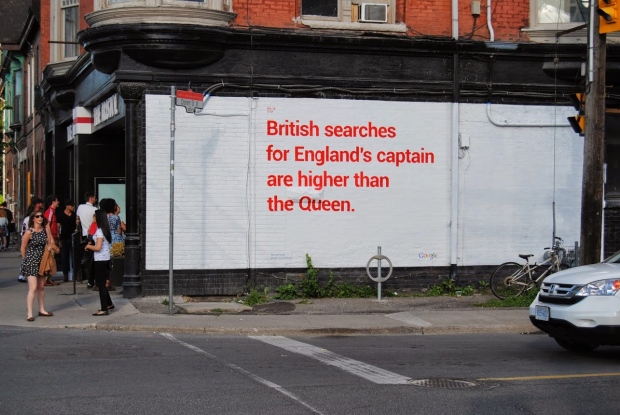 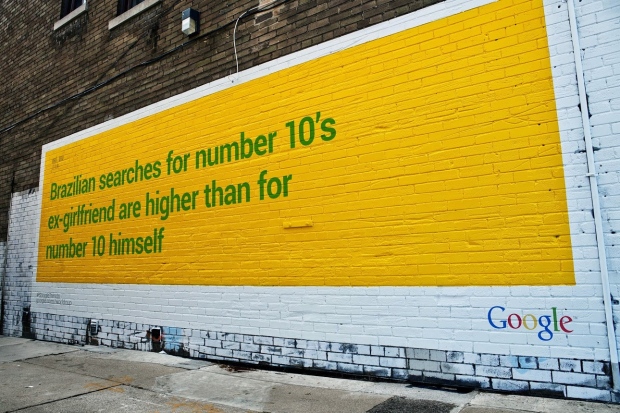