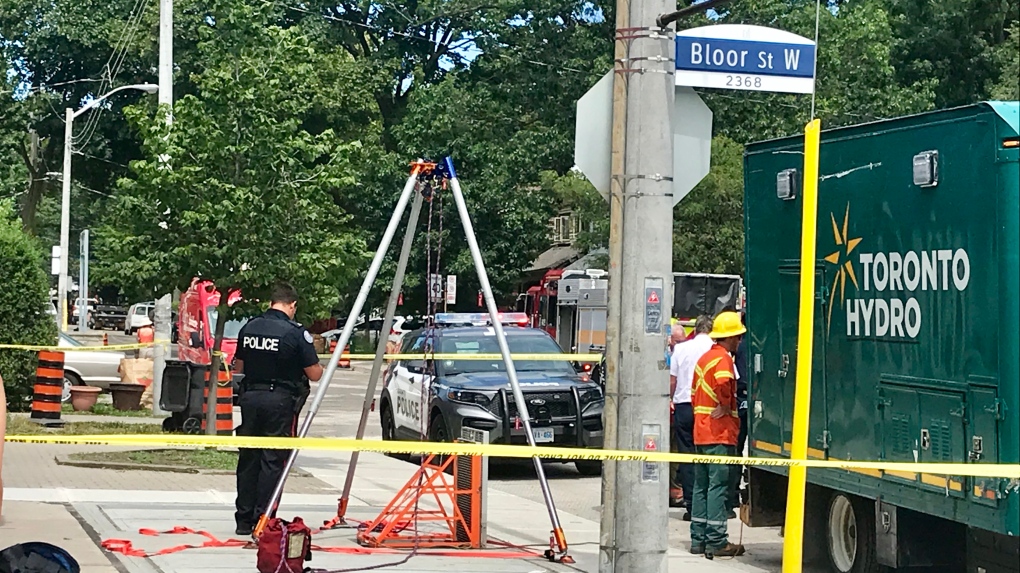 A worker has been rushed to hospital without vital signs after an industrial accident in the city's Bloor West Village. (Francis Gibbs/ CTV News Toronto)

TORONTO -- A man has been rushed to hospital without vital signs following an industrial accident in the city's Bloor West Village.

It happened near Bloor Street West and Willard Avenue, near Windermere Avenue, at around 12:30 p.m.

Police say they were called to the area after receiving reports that a man in an electrical vault may have been electrocuted.

When they arrived on scene, one man was found without vital signs.

He is being transported to hospital for treatment.

The Ministry of Labour will be investigating the incident.

Power is out in the area as a result of the incident, police say.