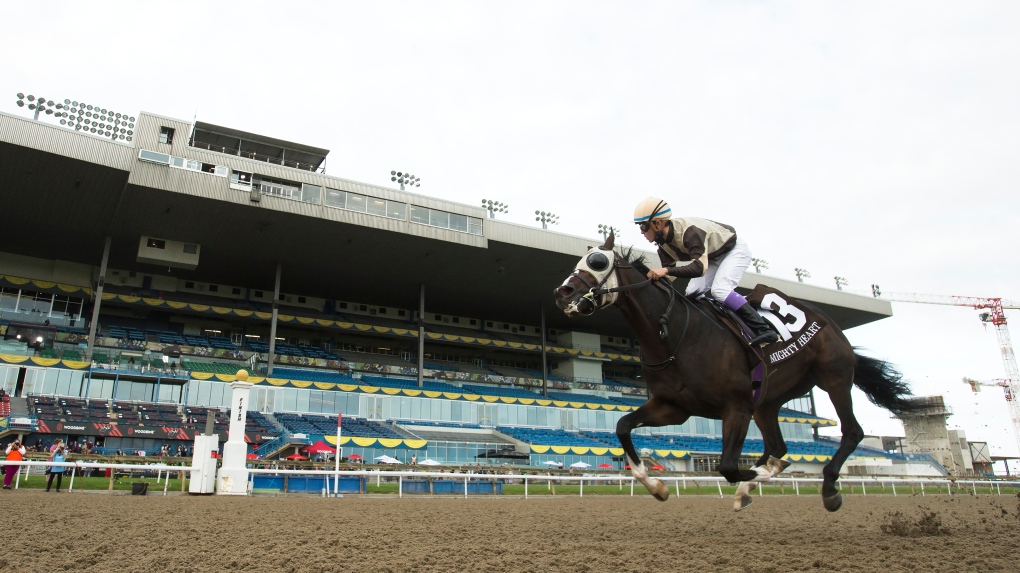 Mighty Heart with jockey Daisuke Fukumoto rides to victory during the running of the 161st Queen's Plate at Woodbine Racetrack in Toronto on Saturday, September 12, 2020. THE CANADIAN PRESS/Nathan Denette

TORONTO -- Ontario horse racing fans will be allowed back to watch live events starting next week.

The move comes after the Ontario government announced Thursday it will move into the second stage of its reopening plan next Wednesday.

The move to the second stage was slated to take effect July 2 but COVID-19 vaccination targets have already been reached, and other health indicators have improved since strict measures took effect in April to control the third wave of the global pandemic.

Under terms of the second stage, outdoor horse racing can be held at 25 per cent capacity.

The move to the second stage is also a very good sign for Ontario's three CFL franchises, with the 14-game schedule slated to start Aug. 5.

All three Ontario teams will open the '21 season on the road, with the Toronto Argonauts being the first to have a home game -- Aug. 21 versus the Winnipeg Blue Bombers.

The Ottawa Redblacks will host the B.C. Lions on Aug. 28, with the Hamilton Tiger-Cats returning to Tim Hortons Field to face the arch-rival Argos on Sept. 6 in the annual Labour Day Classic.

Major League Baseball's Toronto Blue Jays and Major League Soccer's Toronto FC are playing out of temporary homes in Buffalo, N.Y., and Orlando, respectively. Because of border restrictions and the large amount of American teams in those two leagues, it is much more difficult for the Blue Jays and TFC to play in Toronto.

This report by The Canadian Press was first published June 24, 2021