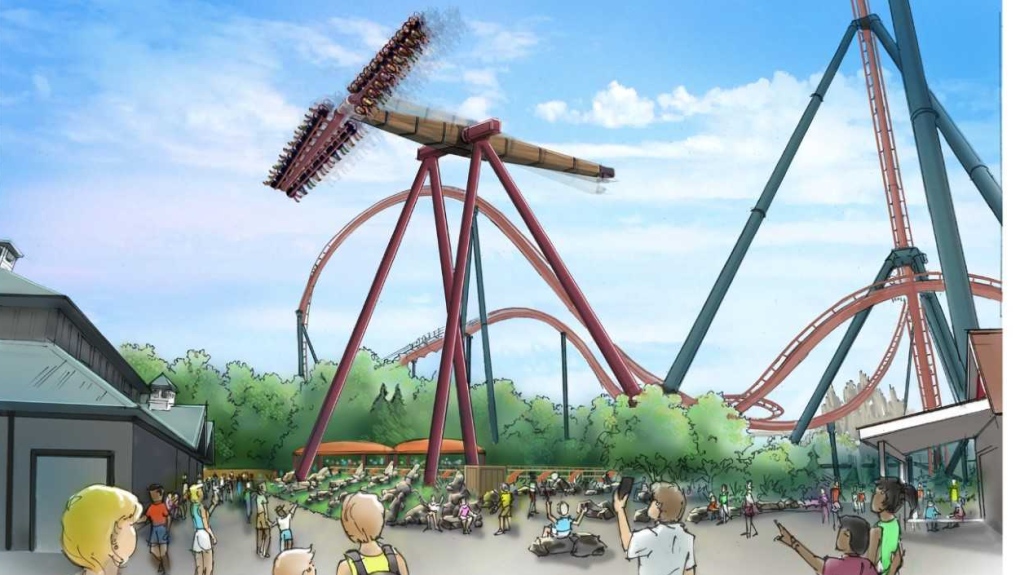 A rendering of The Tundra Twister can be seen above. (Canada's Wonderland)

Canada’s Wonderland has announced two new rides that will be available for guests next year, one of which the amusement park says is "the only one of its kind in the world."

The park, located in Vaughan, Ont., broke the news in a release issued Thursday, telling guests to “buckle in for more thrilling adventures in 2023.”

The two new rides – the Tundra Twister and Snoopy’s Racing Railway – will be completed by 2023, the park says.

The Tundra Twister, a 360-degree spinning swing ride, is the only one of its kind in the world, the park says.

“Tundra Twister [is] a giant looping ride with rotating gondola arms that will have guests spinning, twisting and twirling 360-degrees, upside-down, at heights of 47 metres and speeds of 75 km/h,” the park said in their statement on Thursday.

A rendering of The Tundra Twister can be seen above. (Canada's Wonderland)

Snoopy’s Racing Railway, which is set to be located in Planet Snoopy and will be the park’s 18th rollercoaster, is a thrill ride intended for the whole family.

“This family launch coaster accelerates from zero to 50 km/h in a matter of seconds before zipping through dips and turns as your train narrowly avoids the traps set by Woodstock and his Bad Seed Gang,” they said. 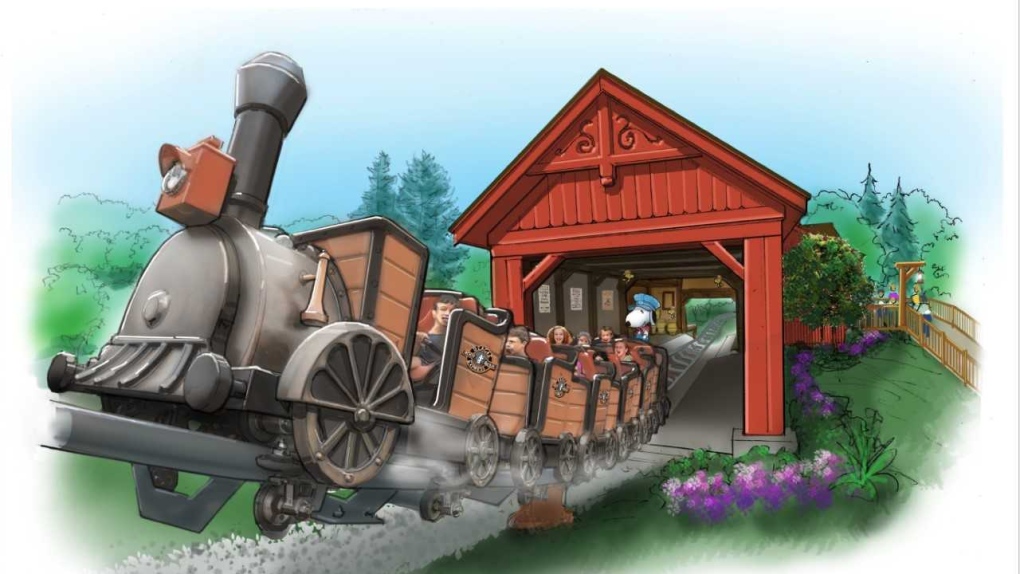 A rendering of Snoopy's Racing Railway can be seen above. (Canada's Wonderland)

Canada's Wonderland operates seasonally from May to Labour Day, and then on weekends until late fall. From late fall to May, the park is closed.

🤩NEW FOR 2023! Tundra Twister is a giant looping and twisting mechanical marvel - the only one of its kind in the world! And Snoopy's Racing Railway is a family launch coaster that will be the park's 18th roller coaster. 🎢New thrills, big and small! https://t.co/2u01Xg3aHK pic.twitter.com/du4RA2wJcD

Rescue crews waded through flooded streets and used boats Thursday in a scramble to save people trapped after Hurricane Ian destroyed a cross-section of Florida and brought torrential rains that continued to fall. The destruction began to come into focus a day after Ian made landfall in Florida as one of the strongest hurricanes ever to hit to the U.S.

Russia to annex more of Ukraine on Friday

Russia planned to annex more of Ukraine on Friday in an escalation of the seven-month war that seemed sure to further isolate the Kremlin, draw it more international punishment and bring extra military, political and economic support to Ukraine.

The family of an Indigenous woman who was mocked by staff as she lay dying in a Quebec hospital in September 2020 has filed a lawsuit seeking nearly $2.7 million.