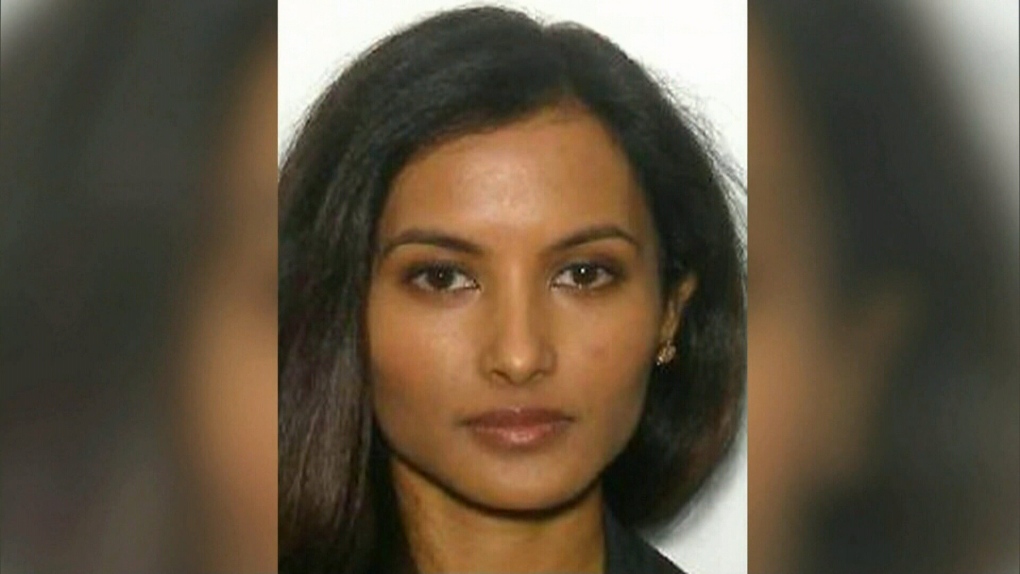 TORONTO -- A woman who was found not criminally responsible after fatally stabbing a young woman in Toronto's underground PATH system in 2015 has been denied a conditional discharge from a mental health facility, but she may still be allowed to live in the community at the discretion of those overseeing her treatment.

In the midst of a psychotic breakdown due to untreated schizophrenia, Rohinie Bisesar fatally stabbed 28-year-old Rosemarie (Kim) Junor in the heart at a drug store in the underground on Dec. 11, 2015. The two were strangers.

Bisesar has spent the past five years at the Centre for Addiction and Mental Health.

A judge ruled in 2018 that she was not criminally responsible for Junor’s death due to her mental illness. The court heard that on the day of the murder, she heard voices telling her to harm someone.

In 2019, the Ontario Review Board found that Bisesar lacked insight into her crime and remained a significant threat to the public. The board said they found it concerning that she continued to send out job applications despite being held in a secure wing at CAMH.

In a hearing held last week, Bisesar’s lawyer argued that she should now be granted a conditional discharge from the mental health facility.

In a decision released on Tuesday, the ORB disagreed and ordered that the 46-year-old continue to be detained at the Forensic Service Unit at CAMH.

The board ordered that she continue a treatment program created by the person in charge of the centre.

However, as stipulated in an ORB decision from 2020, that program may include directly or indirectly supervised visits to the community, as well as a move to live in the community in approved accommodations.

While CAMH may allow Bisesar to enter the community, they must notify the police if they do so and must also notify police as to the conditions under which she is permitted to be in the community.

Bisesar is also prohibited from possessing or being in the company of someone who possesses firearms, ammunition, or any other weapon.

If she is allowed to live in the community, then she must check in with CAMH at least once a week.

-With files from the Canadian Press