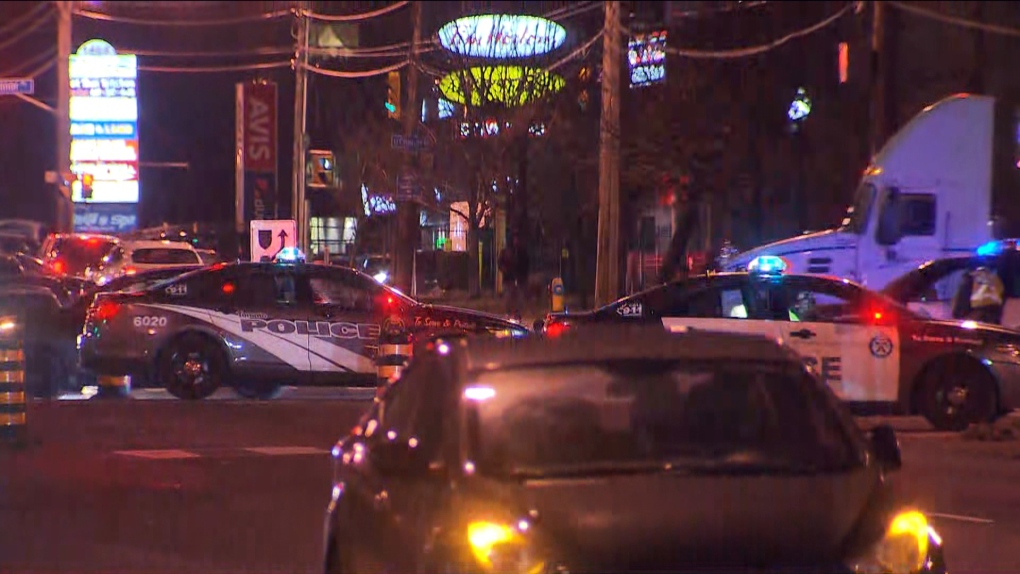 Police said that a woman in her 30s is in serious condition after she was struck by vehicle in Scarborough Wednesday evening. (CTV news Toronto)

TORONTO -- A woman has sustained severe head injuries after being struck by a vehicle in Scarborough Wednesday evening.

Police said the incident happened in the area of Victoria Park Avenue and Eglinton Avenue East just after 6 p.m.

The woman, believed to be in her 30s, has been rushed to hospital for treatment, according to police.

Police added that the car remained on scene following the incident.

The intersection is closed as a result and the TTC has been notified.