Woman shocked to learn she owed $15,000 after breaking mortgage agreement

An Oshawa woman said she was “shocked” to learn she would need to pay more than $15,000 for breaking her five-year mortgage agreement.

Jill Groves said she knew there would be some kind of penalty to pay, but she said she had no idea how much it would be.

Groves said she owned the house with her husband, but was forced to sell it when the relationship ended suddenly.

“I wouldn't have refinanced for five years if I had known my life was going to fall apart months later," Groves said.

She told her bank she planned to buy another home, but was going to live with her parents for a few months while she looked for one. Groves said that because she did not have another mortgage during the search, she had to pay a charge to break her mortgage, which is called the interest rate differential. 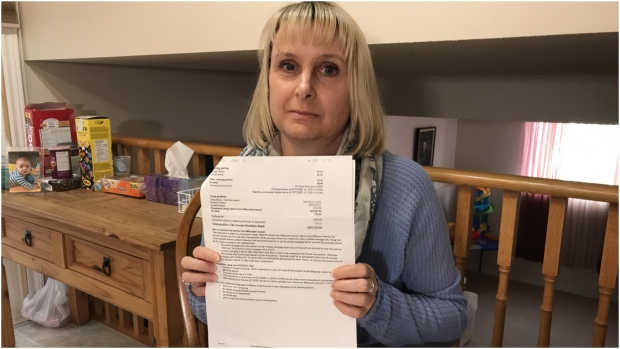 Most major Canadian lenders charge penalties when you break a mortgage early, but the amounts can vary.

A spokesperson for TD Bank group, of which Groves is a customer, told CTV News Toronto they are “sympathetic and are trying to help with her situation" and that “we are working with her to move (port) her existing loan to another loan with us, which would make the penalty no longer applicable."

In the interim, Groves decided to try and buy a property right away and just told CTV News Toronto that she has been approved for a new mortgage with TD. This means she now won’t have to pay the $15,092 penalty.

More people are breaking mortgages because of job loss, divorce or illness. The Ombudsman for Banking Services says the huge penalties are a growing consumer complaint. To avoid them, homeowners can also consider variable rate mortgages or shorter mortgage terms.