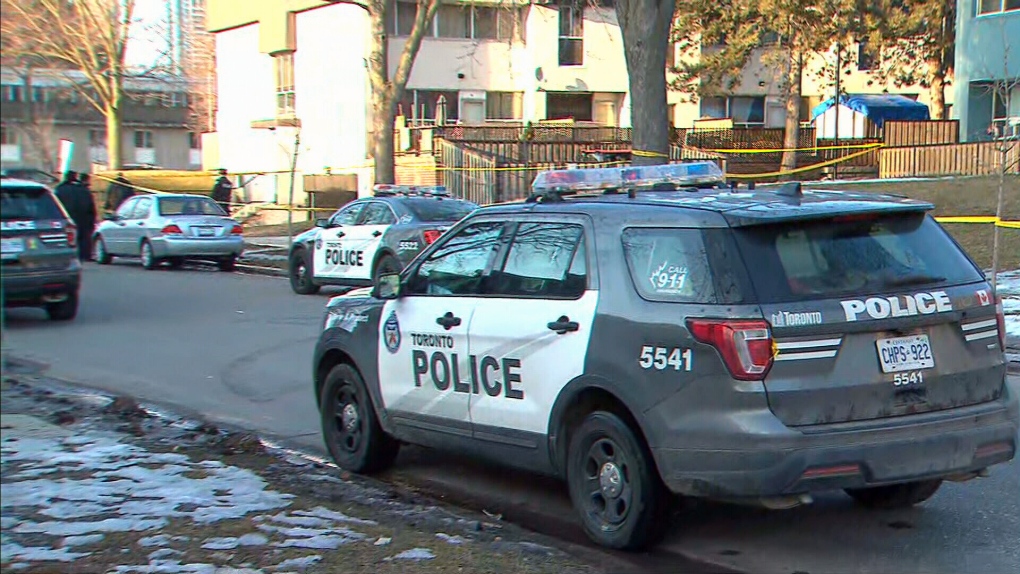 TORONTO -- A woman was seriously injured in what police have described as a "targeted" shooting in East York Sunday afternoon.

Police said that the incident happened just before 3:30 p.m. in the area of St. Dennis and Grenoble drives in the backyard of a townhouse complex. 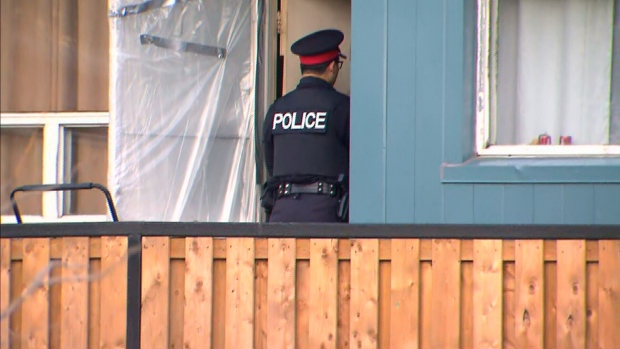 When emergency crews arrived on scene, they said they located an adult female victim, believed to be in her 40s, suffering from a bullet wound in her leg.

The victim was later transported to a trauma centre in serious, but non-life-threatening condition.

Duty Insp. Darren Aldritt told CP24 Sunday that police are now looking for three suspects who arrived in the area in a white sedan.

"At least two suspects, who may have had their faces covered, approached the townhouse complex and discharged a firearm," Aldritt said.

Aldritt said that police believe the shooting was targeted, though the victim was not the intended target.

Police are asking anyone with information in connection with the shooting to contact them.