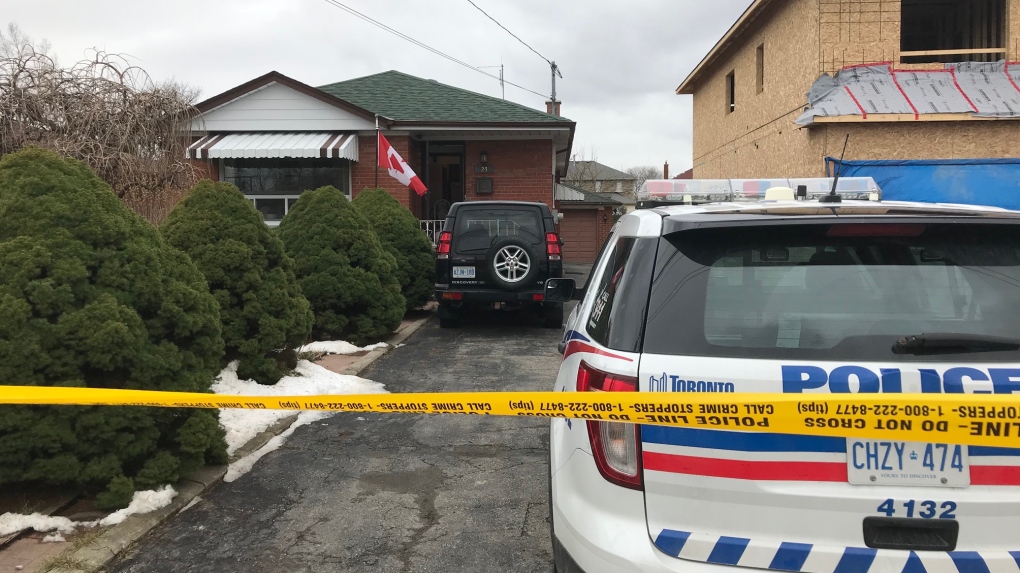 A police cruiser is shown at the scene of a stabbing investigation near Pharmacy Avenue and Lawrence Avenue East on Tuesday morning. (Ted Brooks)

TORONTO -- A woman has been seriously injured after a stabbing in Scarborough Tuesday morning, police say.

Emergency crews were called to Pharmacy and Lawrence avenues sometime before 9:30 a.m. after receiving multiple 911 calls.

When officers arrived at the scene, they found a woman outside suffering from multiple stab wounds. She was rushed to the hospital for treatment.

“There are some citizens that were on the construction site next door that intervened and we are very thankful for that,” Det. Andy Cechetto told reporters at the scene. "They are being interviewed at the station now."

One person is in custody in connection with the incident. The relationship between the suspect and the victim is not yet known, but Cechetto said they were both elderly.

Cechetto also said that police were called to the home last week, but would not say why.