Woman seriously injured after being hit by car in Mississauga 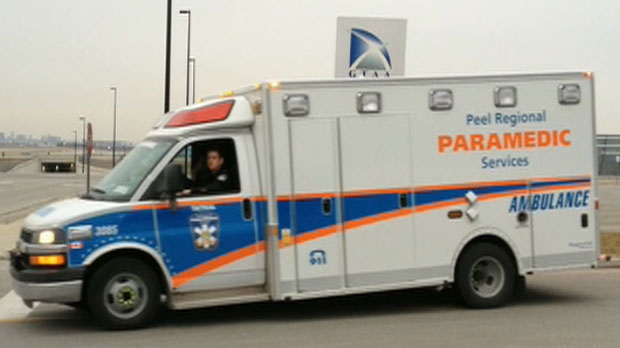 An ambulance is seen in Peel Region in this file photo.

A female has been seriously injured after being struck by a car in Mississauga on Monday afternoon.

Peel police say the call came in around 3 p.m., in the Dixie Road and Bloor Street area of Mississauga.

The woman, 65, was taken to hospital with serious injuries to her lower body.

The Major Collision Bureau has been called into investigate.

The driver remained on scene of the collision.