TORONTO -- An Ontario woman who admits to taking tens of thousands of dollars from an Ontario widower in a wheelchair she met online says they were in a “relationship” and “she promised to pay the money back.”

St. Catharines resident Jennifer Best spoke with CTV News Toronto and admitted to being in a relationship with Walter Zutell of Oshawa.

“I'm not going to deny that he helped me. I promised him repayment, but I’m not able to pay him back,” she said.

Zutell contacted CTV News Toronto after creditors told him he could soon lose his home. Zutell said he is more than $300,000 in debt.

“It’s very sad. I have worked hard for this money,” Zutell said.

Best said while she took money from Zutell, she says the amount was not close to $300,000.

Zutell said he was heartbroken when his wife Laura died ten years ago. He uses a wheelchair due to a spinal cord injury and says in 2013 he tried online dating. That's where he met a woman named Best, who is from his hometown St. Catharines.

“When she said she was from my hometown, I thought great ‘we have this in common,’” Zutell said. The pair had an online relationship for about four years and met several times between 2013 and 2017 in person. 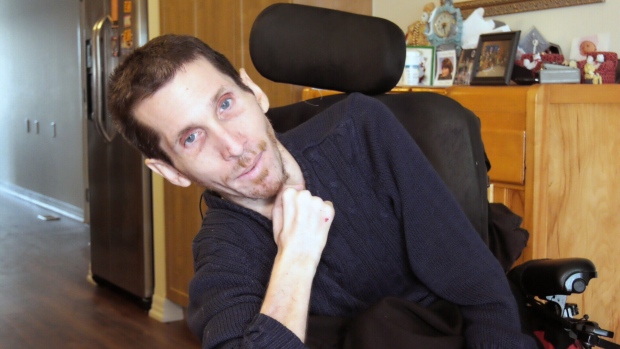 “She was not disabled and I thought, okay this is someone who is interested in me and she is not physically disabled and she was a PSW (personal support worker) before and she can help me,” Zutell said.

Zutell says early on Best asked him to send small amounts of money. Then there were larger payments of more than $10,000. Zutell told CTV News Toronto that he also bought her a car and paid for her to have gastric bypass surgery.

“I just didn't have a clue that I was getting played," he said.

Zutell says he was afraid to go public with his case, but has now started a GoFundMe page to try and get donations to save his home.

“I'm sure a lot of people are going to say you should have seen these red flags in the relationship, but when you are lonely and you're looking for companionship – it can feel like you hit the gold mine."

Best told CTV News Toronto she is hopeful she will somehow be able to pay Zutell the money back, but does not know when. Zutell says his creditors are now calling and he fears he could lose his home within months.