Police have labelled the recent death of a Toronto van attack victim a homicide more than three years after the event, though it’s unlikely the man behind the deadly rampage will face a new murder charge.

She had been in hospital since the April 23, 2018 attack, when Alek Minassian drove a rental van down the sidewalk of Yonge Street in North York killing 10 people and injuring another 16.

Friends of Tesfamariam said she was en route to her job at Fudger House, a long-term care home in downtown Toronto, when she was hit by the van Minsassian was driving. The nurse spent the last three years in hospital.

In March, a judge found Minassian criminally responsible for the attack, convicting him of 10 counts of first-degree murder and 16 counts of attempted murder.

Speaking to CTV News Toronto, Toronto police said that because Tesfamariam’s death is considered a homicide, investigators are now consulting with the Ontario Crown’s Attorney's Office as well as the Office of the Chief Coroner of Ontario.

However, police said that, “under Canadian law, if a victim succumbs to injuries more than a year after they are sustained, no new charge is added.”

At her funeral last week Tesfamariam's friends and family said she remained strong, despite not being able to leave the hospital.

“She never cried, never asked for anything," said her niece Luwam Ogbaselassie. "She used to tell the doctors, ‘I’m so rich.’ And they’d say, ‘Oh you’re rich?’ And she’d say, ‘Well, look, I have all this family around me, I’m so rich.’” 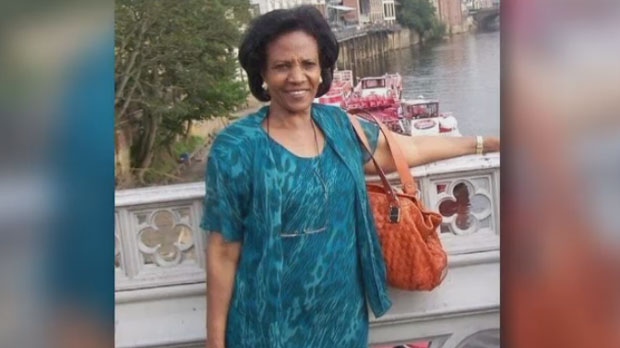 Tesfamariam was one of 10 siblings.

Her friend Lily Cheng said the past few years have been hard on the family.

“Her life was tragically stolen and drawn out. Really, it was a three-year death, which is, I think, far worse in some ways to have to endure that,” said Cheng.

Minassian has yet to be sentenced, but a first-degree murder conviction carries a mandatory minimum sentence of life in prison without the chance of parole for 25 years. It is not yet known whether he will face a longer period of parole ineligibility based on the number of victims.

Police added that the judge will consider Tesfamariam’s death when Minassian is sentenced.