A woman who ran back into a burning Mississauga home to find her dog was rescued by two Peel police officers after she reportedly collapsed inside the residence.

Firefighters were called to a home on Russett Road, near the QEW and Dixie Road, early this morning for reports of a house fire.

According to Mississauga Fire, four people, who were inside the home when the fire broke out, made it out of the house safely but one of the occupants, a woman in her 30s, ran back in to try to find her dog. 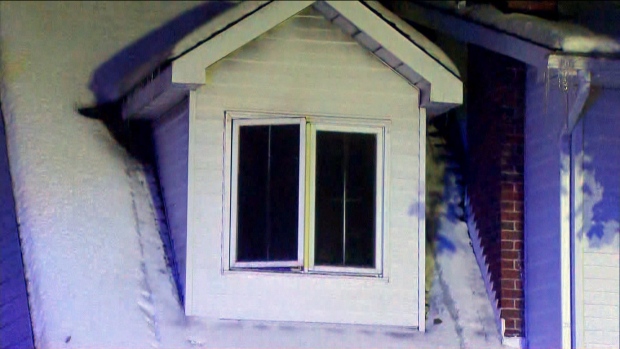 During the search, she suffered smoke inhalation and reportedly collapsed.

Two Peel Regional Police officers ran into the burning building and rescued the woman. She was subsequently transported by paramedics to hospital for treatment.

Initially her injuries were believed to be potentially life-threatening, but officials now say her condition has significantly improved.

Officials said the woman's dog, who homeowners say is a five-year-old a cocker spaniel named Chester, has not been found.

At the height of the fire, neighbouring homes were evacuated as a precaution and transit buses were brought in to shelter residents.

The fire was quickly brought under control and did not spread to adjacent houses.

The blaze is believed to have started in a bedroom in the rear of the home.

The cause has not been determined but a fire investigator has been called to the scene to probe the circumstances surrounding the incident.

-With files from CP24's Cam Woolley