TORONTO -- Ontario Provincial Police say that a woman is lucky to be alive after a loose tire smashed into her windshield while she was driving on a busy Toronto highway Tuesday.

It happened on Highway 401 at approximately 11:40 a.m. as the driver was travelling in the westbound express lanes past Renforth Road.

According to a video posted to Twitter by Sgt. Kerry Schmidt, the tire belonged to another passenger vehicle that was headed in the opposite direction before it became detached and caused “incredible damage” to the woman’s car. 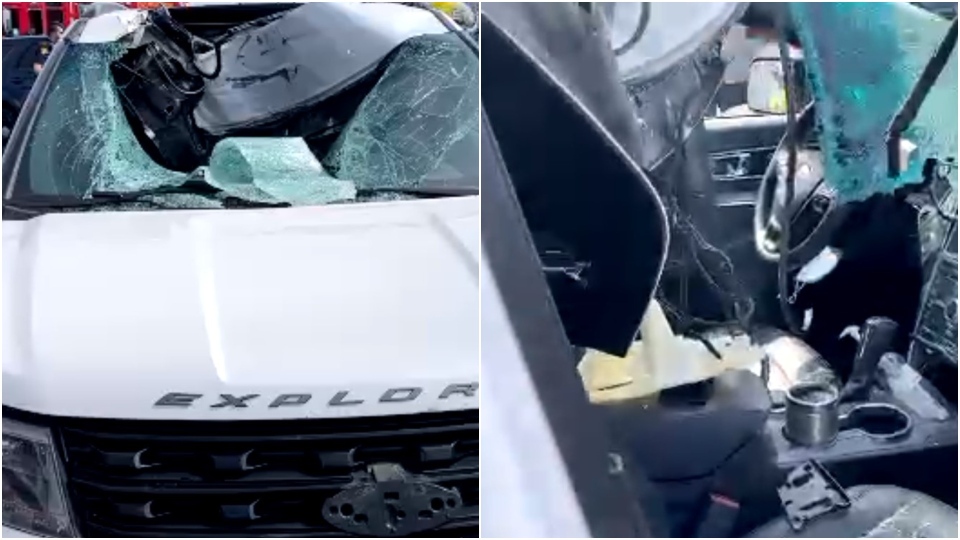 “The driver of this vehicle had less than a second to see what was coming and had no opportunity to react. She is lucky to be alive, to say the least,” Schmidt said.

“Had that wheel just been a few inches over, it would be a completely different story.”

The driver was left with only minor injuries and spoke to Schmidt following the incident.

“I was just driving down the 401 and in a split second I saw a tire, I saw it bounce extremely high and it was coming down right at my windshield,” the driver named Lisa said.

“As quickly as I could, I took a look to see if there was anywhere that I could go to escape this tire and not cause injury or accident to anyone else. I looked back and thought, ‘this is it, I am going to die, this is the end.’”

Looking at the significant damage done to her vehicle, Lisa thanked God and the people who stopped to offer her support.

Schmidt said the loose wheel appears to be a summer tire. Officers are speaking with the driver of that vehicle to determine if it was recently installed following a changeover from winter tires, he said.

All lanes have since reopened. 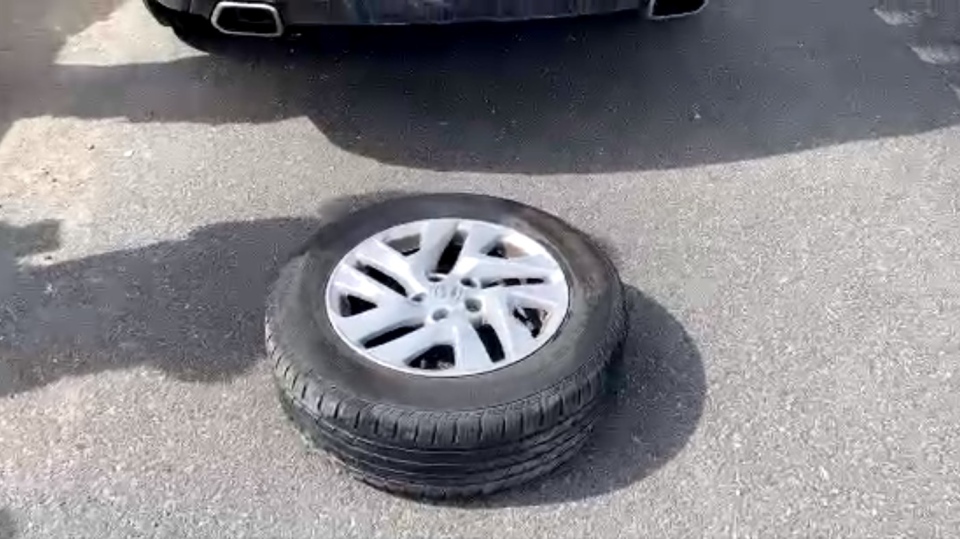