Woman learns of mother's death at Ont. nursing home with COVID-19 outbreak from outside window

TORONTO -- An Ontario woman said she stood outside a Bobcaygeon, Ont. nursing home window on Monday, hoping to say goodbye to her mother who was exhibiting symptoms of COVID-19, only to find out that she had already passed away.

Brittany Perry said that she was notified on Saturday that her 56-year-old mother, Heather Budway, who was diagnosed with multiple sclerosis and was living at Pinecrest Nursing Home, was lethargic and suffering from a mild fever. The doctors said the fever could be a symptom of her mother’s urinary tract infection, Perry said.

Two days later, the nursing home told the family that Budway had taken a turn for the worst. They were told to come down to the facility, where they would be guided to a window outside to say their final goodbyes.

The family never got that chance.

“They opened the curtain and they told us that she had actually passed away. I don’t know how long she was there, passed on her bed,” Perry said.

“To go there with a mindset that you are going to say your goodbyes and for you to just be at this window, in the rain and it’s freezing cold, and for them to say ‘sorry your mom is gone,’ it’s very difficult.”

Fourteen residents have died at Pinecrest Nursing Home after a COVID-19 outbreak was declared at the facility on March 18, and at least 24 staff members are infected with the virus.

The spouse of a resident has also passed away.

Perry said the staff at the nursing home is overwhelmed, stretched thin and “completely heartbroken.”

“It’s really hard to tell the children one of your residents that they passed through a window,” she said. “We had stood outside the window for maybe an hour looking at our mom, and trying to be with her. Through the window you could see the hallway and you could just see the workers running back and forth, back and forth. There was no rest for them.” 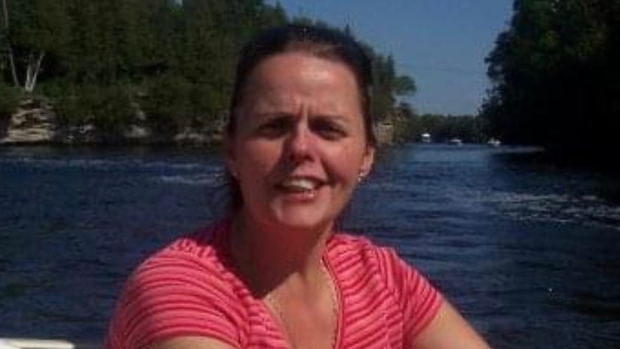 Patricia Lynn St. Thomas said that her 72-year-old cousin, Michael, also passed away at Pinecrest Nursing Home. He had an underlying respiratory problem when he contracted COVID-19, she said.

“Michael was a big guy and was just full of heart. He loved his community and family,” she said of her cousin Michael St. Thomas, who she described as an avid volunteer at the local legion. “An all-around great guy.” 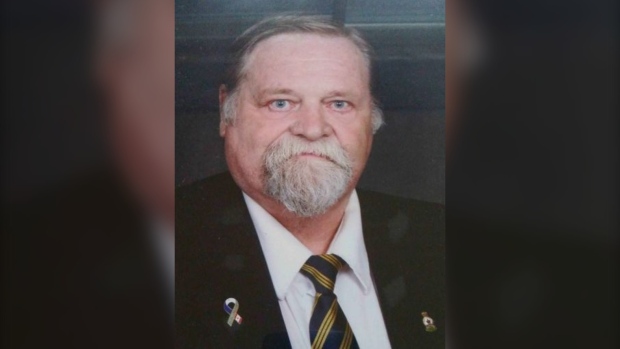 Patricia Lynn St. Thomas said that she thinks the staff at Pinecrest Nursing Home have done “a wonderful job.”

“It’s just unfortunate that however it got in there, it spread like wildfire, probably without them even knowing,” she said. “It’s a horrible thing but they took action as soon as they knew what was going on.”

The work being done by frontline health-care workers at the nursing home has not been lost on members of the community.

Dozens of cars drove past the facility on Wednesday afternoon honking their horns and ringing bells in support of the staff. The occupants of the cars held signs that read “our thoughts and prayers are with you” and “stay strong.”

“We’re just trying to offer our support for everything they do for us,” said one resident who came out.

“I think that staff there are going to get burnt out and they need to know we’re behind them,” retired nurse Cheryl Waller said.

In the wake of the outbreak at the nursing home, a group of residents have set up a fund to help patients, families and health care workers affected by the virus.

The money raised will provide support to individuals for food, transportation, hiring and overtime costs as well as mental wellness counselling.

Meanwhile, one resident has been collecting tablets and iPads so that residents can stay in contact with their loved ones, as the new policy at the facility states that anyone who visits must go into self-isolation for 14 days afterwards.

“We need to have family. Community is family and family is community,” Aaron Shaw said. “We need to be able to contact each other and this is one way to do it.”

The Community Foundation of Kawartha Lakes and advisors from the Bobcaygeon area will decide on eligibility for the funds collected.