Woman has dog stolen after conversation with man in Toronto 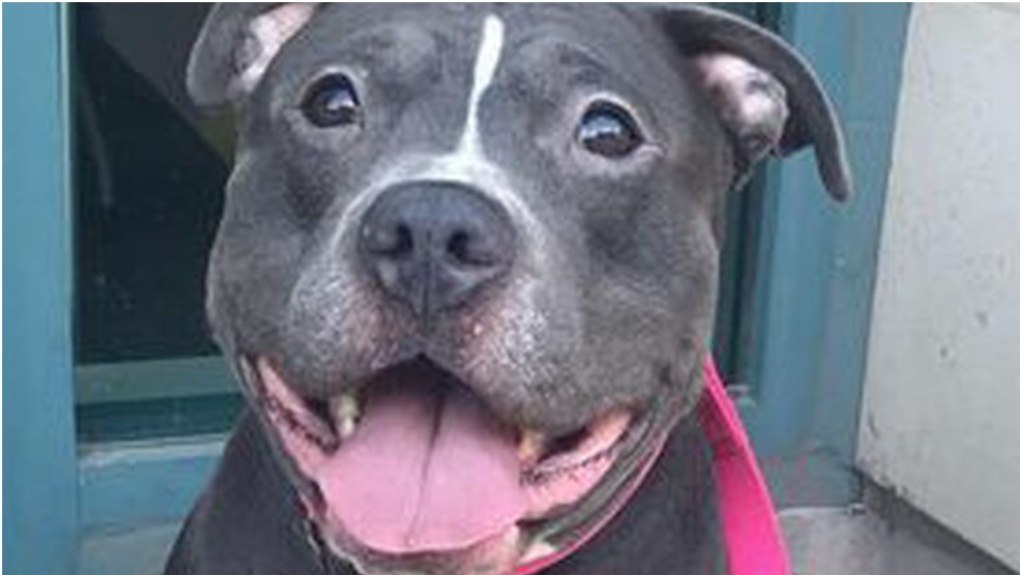 Stella, 6, is seen in this photo released by Toronto police. (Supplied)

TORONTO -- A six-year-old dog is missing after being allegedly stolen by a man in Toronto.

Police said they were called on July 27 to a robbery in the Woodbine Avenue and Lakeshore Boulevard area.

It was reported that a 36-year-old woman was walking her dog when she started talking to a man.

Police said the pair continued to talk by his vehicle and the dog went into his car to cool off.

The man then pushed the woman and drove away with her dog inside, police said.

The dog, named Stella, is a female American Bulldog Pitbull mix. She is grey in colour, with white fur on her chest and between her eyes.

Stella stands two feet tall and was wearing a blue leash at the time of the incident.