Woman dies after five-vehicle crash on Highway 7 in Pickering, Ont. 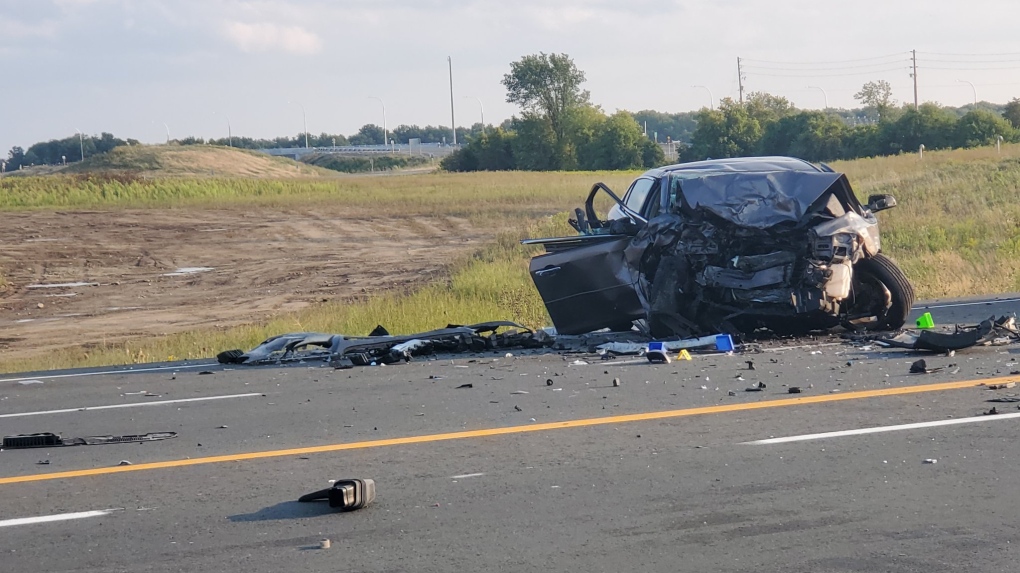 TORONTO -- A 65-year-old woman has died at the scene of a five-vehicle collision in Pickering, Ont.

Ontario Provincial Police said the collision happened on Highway 7 near Sideline 26 at around 7 p.m.

Police said a 35-year-old man suffered non-life-threatening injuries due to the crash and was transported to Sunnybrook Hospital via air ambulance.

The OPP’s reconstruction team is at the scene and is requesting witnesses to come forward and share any possible dashcam footage of the event.

Roads are expected to be closed until about 10 p.m., police said.