TORONTO -- A woman is dead and man has been seriously injured following a shooting in Brampton on Tuesday afternoon.

Emergency crews were called to a home in the area of Deerpark Crescent and Fairglen Avenue, near McLaughlin Road North, around 2:30 p.m.

Peel Regional Police Constable Kyle Villers said officers located a man and a woman, both in their 20s, sufferings from gunshot wounds.

He said the man was transported to hospital for his injuries and the woman died at the scene.

“They were known to each other and they were believed to be in a relationship with each other at this time,” Villers told reporters near the home. 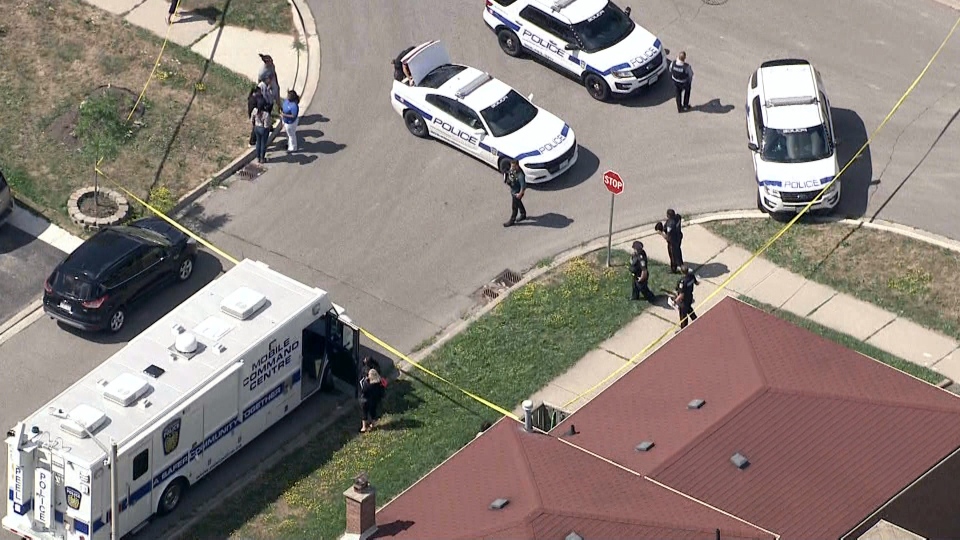 He added that police are not searching for any additional suspects and said that “the two people involved in the incident are the only people involved at this point in time. “

“We don’t have any information to pass along as it relates to suspects at this point,” he said.

Police said they received the call about the incident from a family member. Villers said the injured man and his family lived at the home where the incident took place, and the woman, who died, was visiting.

“I don’t know what happened or who did what to who at this point,” Villers said. “All I know is that a female died as a result of the incident that happened today and a male is in hospital with serious injuries.”

“We can only imagine what they families are going through,” he said. “It’s too early to speculate as to what actually happened.”

Villers said that no weapons from the scene have been recovered yet, but investigators are continuing to process the scene.

Anyone with information is asked to contact Peel police or Crime Stoppers.