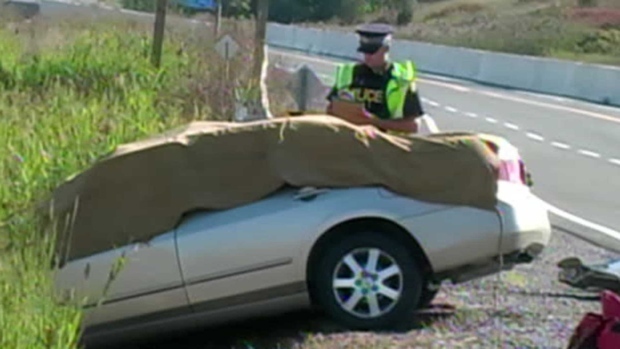 Police investigate a fatal collision on Sunday at Highway 140 and Netherby Road in Welland, Ont.

One woman is dead after a three-vehicle collision in Welland on Sunday afternoon.

The incident occurred just after 3:45 p.m. at Netherby Road and Highway 140, according to Ontario Provincial Police.

Two people suffered serious injuries while another two suffered minor injuries. One person was not injured.

The cause of the collision was not immediately known. Police have not released the ages or names of those involved.

Roads in the area remain closed while officers investigate.