A woman is dead after the vehicle she was driving plunged into a river and floated dangerously close to the brink of Niagara Falls.

New York State Parks Police confirmed they were called before 12 p.m. on Wednesday after the car became stuck in the rapids less than 100 metres from the American side of the falls.

Police said they determined from eye witnesses that there was at least one occupant in the vehicle and an emergency operation was launched. 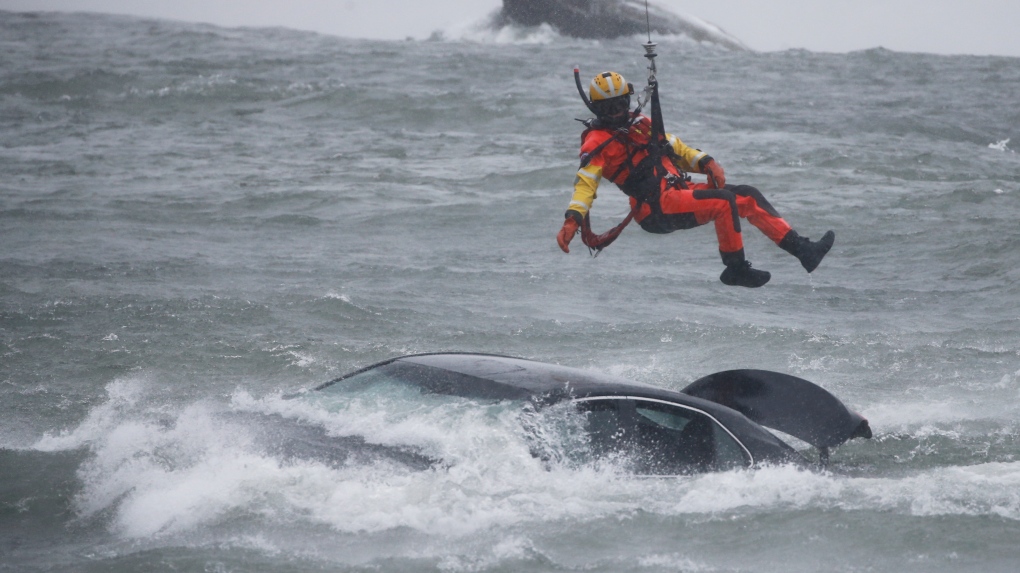 A U.S. Coast Guard diver is lowered from a hovering helicopter to pull a body from a submerged vehicle stuck in rushing rapids just yards from the brink of American Falls, one of three waterfalls that make up Niagara Falls, Wednesday, Dec. 8, 2021, in Niagara Falls, N.Y. (AP Photo/ Jeffrey T. Barnes)

According to police, water levels in Niagara River were lowered by the Power Authority, while drones and a helicopter were used to get a closer look at the vehicle.

A diver was then lowered from a hovering helicopter, climbed into the car and pulled out the body out of the driver's seat, authorities said.

“It was an incredible job by the Coast Guard,” Park Police Capt. Christopher Rola said at a news conference Wednesday.

Police said a Western New York woman, aged in her late 60s and local to the area, was pronounced dead. 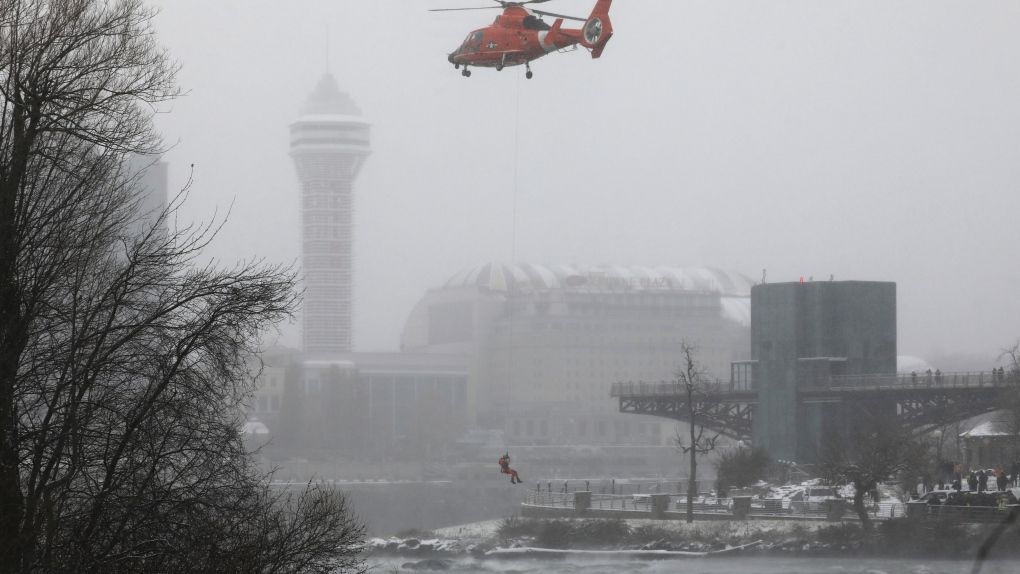 A U.S. Coast Guard rescue diver is lowered toward the vehicle lodged in the water at the brink of Niagara Falls, Wednesday, Dec. 8, 2021. (Derek Gee/Buffalo News via AP)

Police said they are not able to confirm at this time why the vehicle ended up in the river.

New York State Parks Police said the Canadian Coast Guard was also called in as part of the investigation.

Roads in the area were slippery as a light snow fell when the incident occurred.

Authorities said the car remains in the river while they determine the "best course of action to remove it."

Rola said rescuers have never before been called for a vehicle that ended up so close to the edge of Niagra Falls.

McDonald's to sell its Russian business, try to keep workers

McDonald's said Monday that it has started the process of selling its Russian business, which includes 850 restaurants that employ 62,000 people, making it the latest major Western corporation to exit Russia since it invaded Ukraine in February.

Most of Shanghai has stopped the spread of the coronavirus in the community and fewer than 1 million people remain under strict lockdown, authorities said Monday, as the city moves toward reopening and economic data showed the gloomy impact of China's 'zero-COVID' policy.

The European Union's efforts to impose a new round of sanctions against Russia over the war in Ukraine appeared to be bogged down on Monday, as a small group of countries opposed a ban on imports of Russian oil.

A man opened fire during a lunch reception at a Southern California church, killing one person and wounding five senior citizens before a pastor hit the gunman on the head with a chair and parishioners hog-tied him with electrical cords.