TORONTO -- A 26-year-old woman was fatally struck by a tractor trailer in an industrial area of North York on Tuesday morning.

Emergency crews were called to a report of a collision in the area of Alness Street and Supertest Road at around 7 a.m.

“We’ve got a transport truck that was travelling eastbound and turning southbound onto Alness Street,” Det. Brett Moore said at the scene just before 10 a.m. “We’ve got a female in her mid-20s that was killed here as a result of the impact that occurred.” 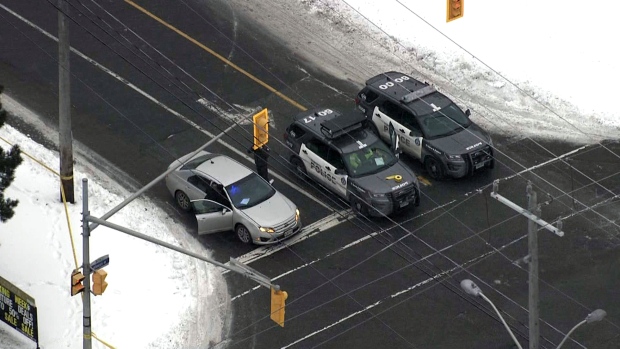 The woman was pronounced dead at the scene. Officers are working to notify next-of-kin before releasing her identity.

“We’re going to take as much time as we need to get that evidence collected from the scene,” Moore said.

According to investigators, the vehicle involved, described as a white 2000 Freightliner commercial tractor, which was pulling a blue-coloured trailer, failed to remain at the scene following the crash.

Moore said investigators received “good leads” based on witness accounts in the aftermath of the crash, which eventually led police to locate the tractor trailer involved. 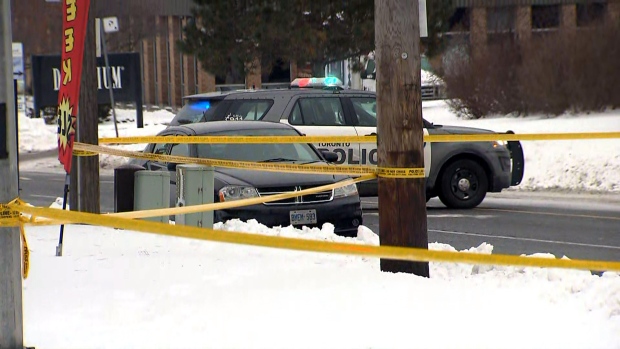 The 52-year-old male driver of the vehicle is now cooperating with officers, police said in a news release issued on Tuesday afternoon.

Officers are continuing to ask local residents, businesses and drivers, who may have security or dash camera footage of the area or incident, to contact investigators.