A 22-year-old woman was seriously injured after a stabbing in Scarborough Thursday morning.

The incident happened inside a home near Midland and Lawrence avenues shortly before 11:30 a.m., police said.

Residents in the area told CTV News Toronto that the seriously injured woman rushed to her neighbour’s home asking them to call police.

The woman was in critical condition when she was taken to a trauma centre, paramedics said. She is now in stable condition, according to officials.

The suspect fled in a vehicle before police arrived on scene, investigators said.

Police said that the suspect is known to the victim. There is no suspect description as of yet. 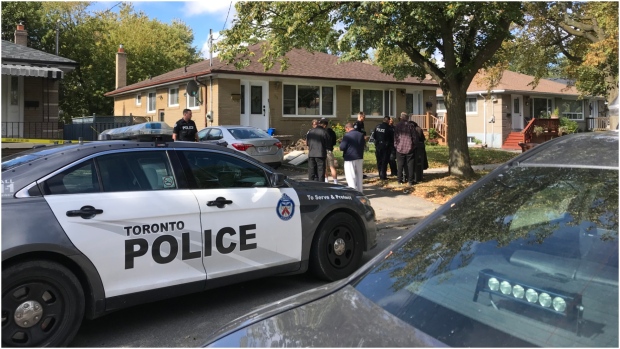 Toronto police arrive at the scene of a stabbing on Thursday that left a woman in critical condition. (CTV News Toronto/Peter Muscat)