TORONTO -- Police are looking for witnesses after several tow trucks were set on fire in Toronto and York Region over the span of six days.

Police in York Region said the latest incident happened on Wednesday morning when a tow truck was allegedly set on fire at a driveway at around 3 a.m. in Newmarket, Ont. near Mulock Drive and Bayview Avenue.

“When officers arrived they found the truck on fire. It was extinguished and investigators believe that the fire was intentionally set,” police said in a news release on Wednesday.

No one was injured in the incident, but police are asking anyone with information or video footage of the incident to come forward. 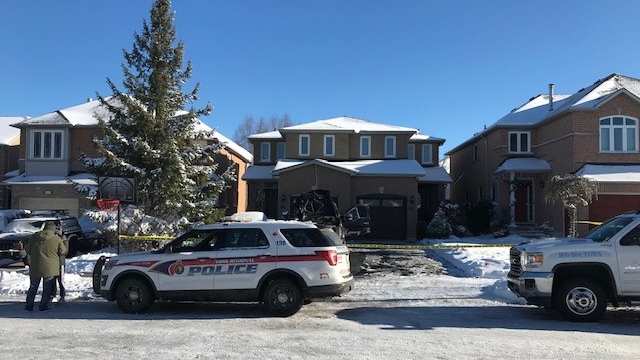 York Region police are describing the incident as a suspicious and that it may be linked to the ongoing tow truck turf wars in the region. Police have alleged that organized crime groups have infiltrated the towing industry.

In May, Toronto-area police laid nearly 200 charges, including first-degree murder, against members of “several organized crime groups working within the towing industry.”

Wednesday’s incident is the sixth tow truck set on fire since Friday, including three that were torched at a car dealership in Toronto last week. Police have not confirmed whether these incidents are related.