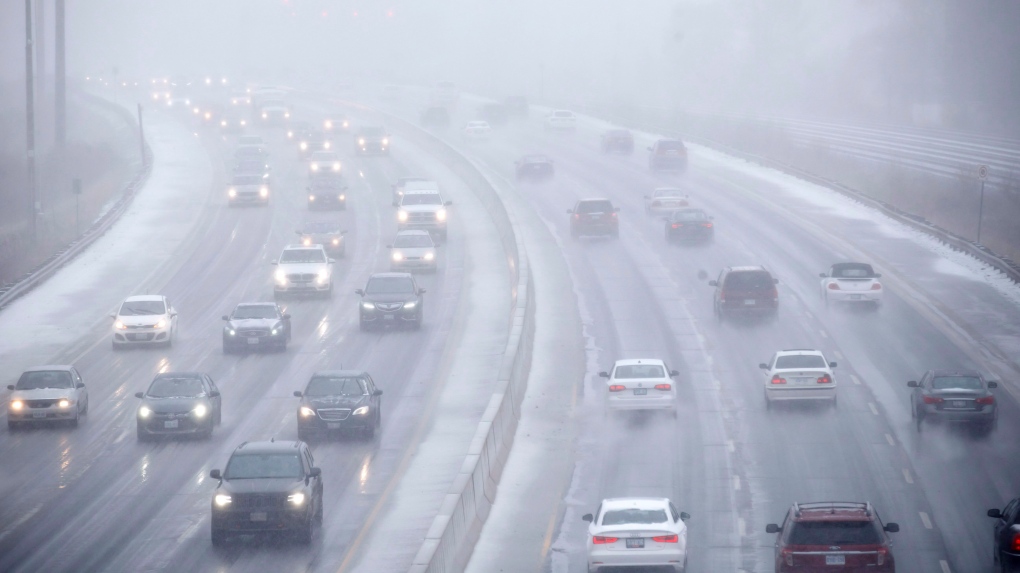 A winter weather travel advisory has been issued for parts of the Greater Toronto Area, warning of reduced visibility due to heavy bursts of snow.

“Flurries producing heavy bursts of snow will combine with strong wind gusts up to 70 km/h to result in blowing snow and significantly reduced visibilities at times,” the weather agency said in its advisory.

“These flurries and strong winds are expected to last through the night before weakening Thursday morning.”

Meanwhile, a special weather statement remains in effect in those areas. Environment Canada said strong westerly winds gusting up to 80 km/h are expected to continue this evening as a cold front passes.

“The strongest winds are expected near the eastern shores of the Great Lakes where wind gusts up to 90 km/h may occur,” the weather agency said.

Winds are expected to die down overnight.

On Thursday, it will be mainly cloudy in Toronto, with a 30 per cent chance of flurries in the morning. The high will be 3 C with a wind chill of -8 in the morning.