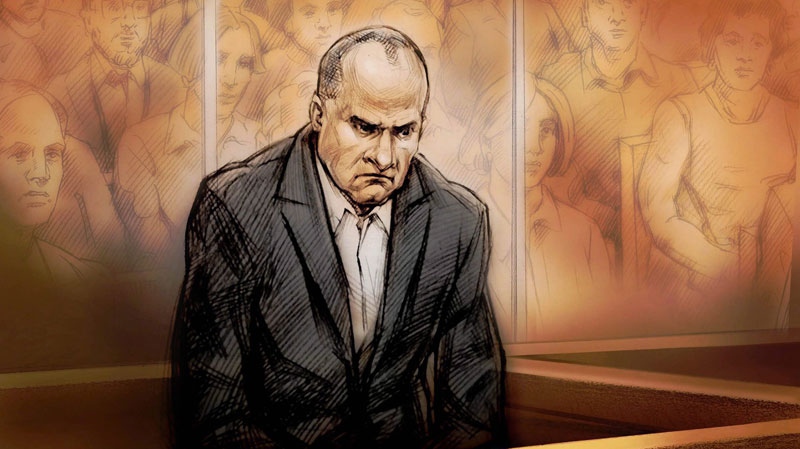 Russell Williams is shown in a sketch during a court appearance in Belleville, Ont., Thursday, Oct. 7, 2010. (Alex Tavshunsky / THE CANADIAN PRESS)

TORONTO - The wife of convicted sex killer Russell Williams is disputing claims made against her by one of her estranged husband's surviving victims.

Victim Laurie Massicotte, who was sexually assaulted by the former colonel, has launched a $7-million lawsuit against Williams, his wife and the Ontario Provincial Police.

Massicotte alleges in her statement of claim that Williams fraudulently transferred assets to his wife after he was criminally charged.

In her statement of defence, Williams's wife denies there was any intention to defeat the claims of any creditors of her husband.

It also says there was "nothing untoward or suspicious" about the transfer of assets and that there are no grounds to believe she would dispose of the assets.

Williams was a rising star in the military and commander at Canadian Forces Base Trenton before being sentenced to life in prison for the murders of two women, two sexual assaults and dozens of fetish break-ins.

Another of Williams's victims, whose name cannot be disclosed under a publication ban, has filed a $2.45-million suit against him and his wife.