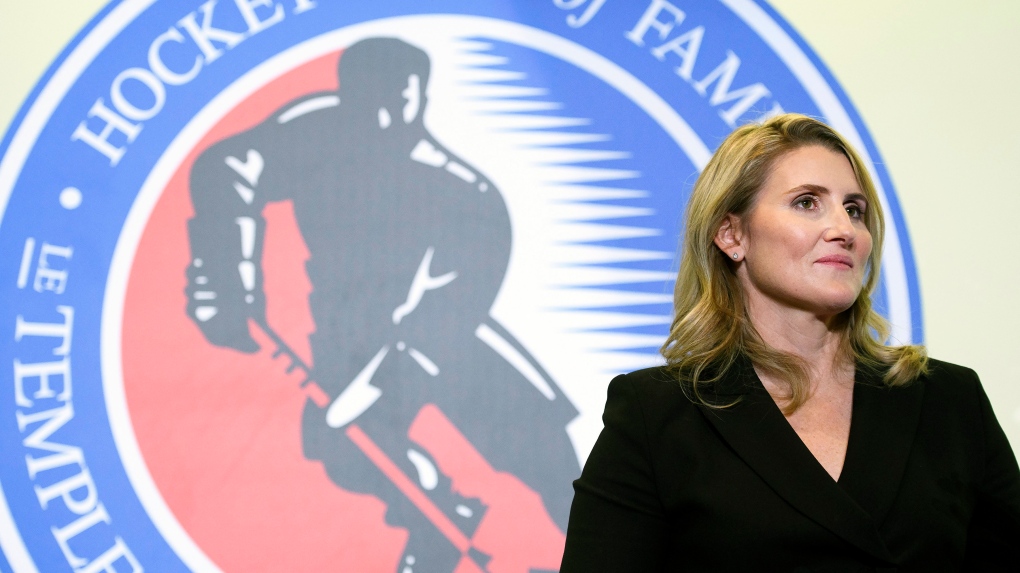 Wickenheiser, a four-time Olympic gold medallist with the Canadian women's team, joined the Leafs as assistant director of player development in 2018 and was promoted to senior director of the department last year.

She will continue as AGM of player development, the team said Tuesday in a statement.

Hardy will serve as assistant GM of minor league operations. He was hired last year as senior director of the department after three years as GM of the USHL's Chicago Steel. Hardy was voted the USHL's GM of the year in two of his three seasons in Chicago.

Metcalf has been promoted to AGM of Toronto's hockey research and development department in his ninth season with the Leafs. He's been special assistant to GM Kyle Dubas since 2018.

Brandon Pridham will continue in his role as Toronto's primary AGM.

Sanford joins the Maple Leafs after five seasons as goaltending coach with the AHL affiliates of the Vancouver Canucks. He played 144 career NHL games with St. Louis, Vancouver and Columbus.

Laurence Gilman will be governor and senior vice-president of the American Hockey League's Toronto Marlies.

This report by The Canadian Press was first published July 5, 2022.