Why drivers aren't allowed to use this $616M Ontario highway

TORONTO -- The costly $616-million extension of Highway 427 north of Toronto remains unused by drivers as the consortium building the costly highway sues the provincial government for not getting paid fairly, court documents show.

The Link 427 General Partnership says the province should declare the road finished, pay almost $145 million, and stop demands that it repave the road and do other work that it claims wasn’t required in the initial contract.

“This case is about the government abusing its power to force the applicant to make costly last-minute upgrades to a major highway project without compensation,” the consortium says in its notice of application to the Ontario Superior Court.

“In order to secure these upgrades, which were never bargained for, the government is pushing the applicant to the precipice of default with its lenders, depriving the applicant’s subcontractors and suppliers of badly-needed holdback funds and preventing the people of Ontario from using a ready-for-use highway,” the application says. 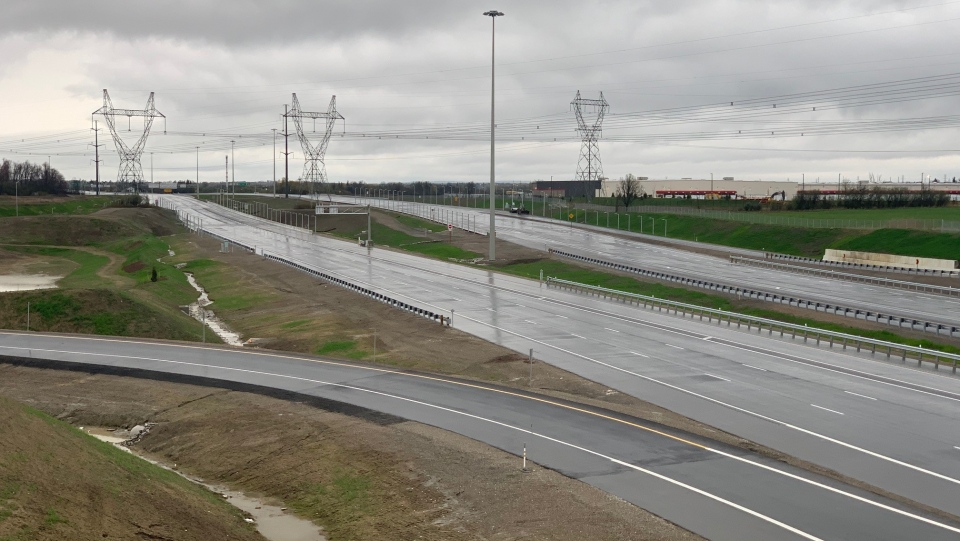 None of the allegations have been tested in court and the province has yet to file any defence. For its part, Ontario’s Ministry of Transportation told CTV News Toronto the highway wasn’t built to initial specifications.

“The province will continue to work to resolve this dispute fairly and as soon as possible, and is working to open the highway to the public this summer,” a spokesperson for Infrastructure Ontario said in a statement.

The extension of the 427 was commissioned in 2015 for $616 million. The Link 427 General Partnership includes ACS Infrastructure Canada Inc., Brennan Infrastructures Inc., and Bot Construction Group.

In the agreement, the consortium only gets paid after an independent arbiter decides if those milestones have been met. A major payment is due when the highway is declared “substantially completed” — which the contractors claim has happened.

“Nevertheless, the government, relying on frivolous grounds, has refused to acknowledge this or to release the contractually mandated Substantial Completion Payment of $144,781,797.06,”the consortium said.

The highway appears finished to the average observer, with maintenance trucks driving its length, though it remains off-limits to most cars and trucks.

“That thing is coming right along. The on and off ramps seem ready, they have to take down a couple movable barriers. It looks ready to go,” he said.

But he did describe some ambivalence in the area about the highway project and others, echoing the concerns that many city and regional councils have had about an upcoming plan by the provincial government to build a new 400-series highway, the 413.

“The love affair that we’ve had with our car has in many ways been our undoing in some ways we don’t yet comprehend. I’m a great believer in public transportation and I think it’s super convenient,” he said.