Where to see the Perseid meteor shower in the Toronto area 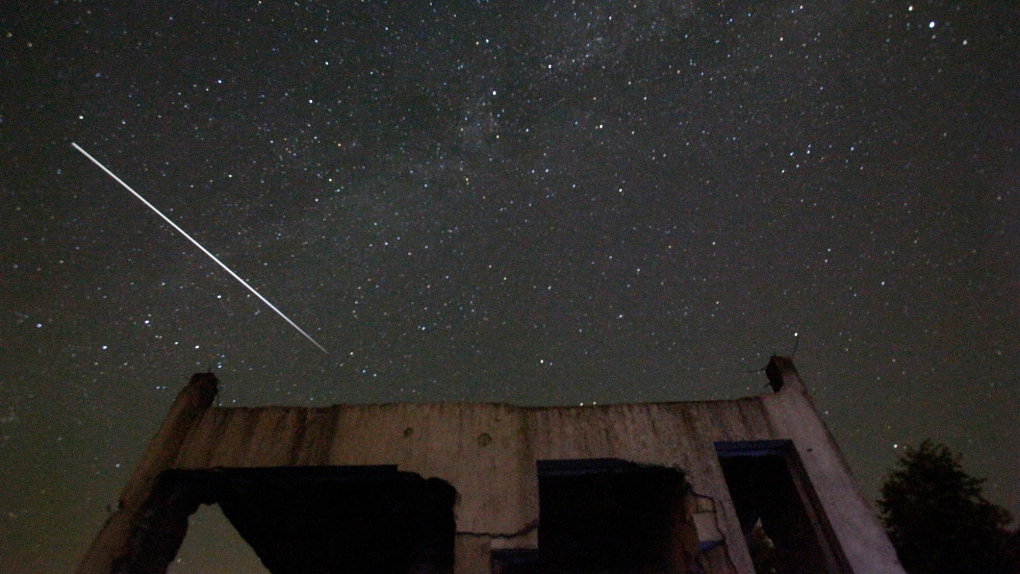 Toronto-area stargazers have a chance to see one of the brightest meteor showers in recent years, if the clouds clear.

The annual Perseid meteor shower occurs every year when the Earth moves through a debris trail left by comet Swift Tuttle.

The Perseids is typically the brightest of the annual meteor showers, but this year's show is expected to be particularly bright thanks to our current phase of "moonless" nights.

The moon was all but invisible Wednesday night, and will be again overnight Thursday, ahead of the new moon on Aug. 14.

This is the first since 2010, when there will be no moon to outshine the "shooting stars."

But space enthusiasts may still miss this year's shower, depending on the weather. Environment Canada forecasts a cloudy night, with a chance of showers and risk of thunderstorms starting at 5p.m. and lasting until Saturday.

However, if the clouds do clear, some places in the Toronto area are better than others for viewing the shower.

Those who hope to spot the meteors are advised to choose a viewing location with as little light pollution as possible. An online light pollution map shows bright spots in areas around Toronto, Mississauga, Hamilton, Oshawa and Barrie, but there are pockets of low pollution just outside the cities' boundaries.

In the east, travel north of Highways 7 and 407 for optimal viewing near Pickering and Oshawa. In Markham, stargazers should be able to spot some of the meteors just north of Major MacKenzie Drive.

In York Region, there are pockets of lower light pollution west of Bathurst Street and east of Woodbine Avenue. There are also lower pollution levels northwest of Vaughan, past Weston and Teston Roads.

Those who live in Peel Region are best to travel north of Brampton and Caledon, and for those in the Hamilton area, the light pollution thins north of Dundas. 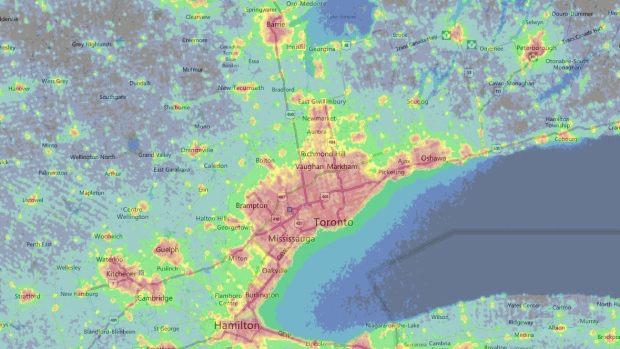 Heading out of the city is ideal, but if that isn't an option, there are some places in the city with less light.

Those in the city can try large local parks, like Trinity-Bellwoods or High Park, where there is less of a glow from streetlights and tall buildings. A park along the waterfront, like Tommy Thompson or Scarborough Bluffs, may offer a better view of the meteors as pollution thins over the lake.

Residents and visitors of the city can look up the least polluted areas of the city online to find out where their chances are best.