When will things go back to normal in Ontario? Premier says it's hard to know 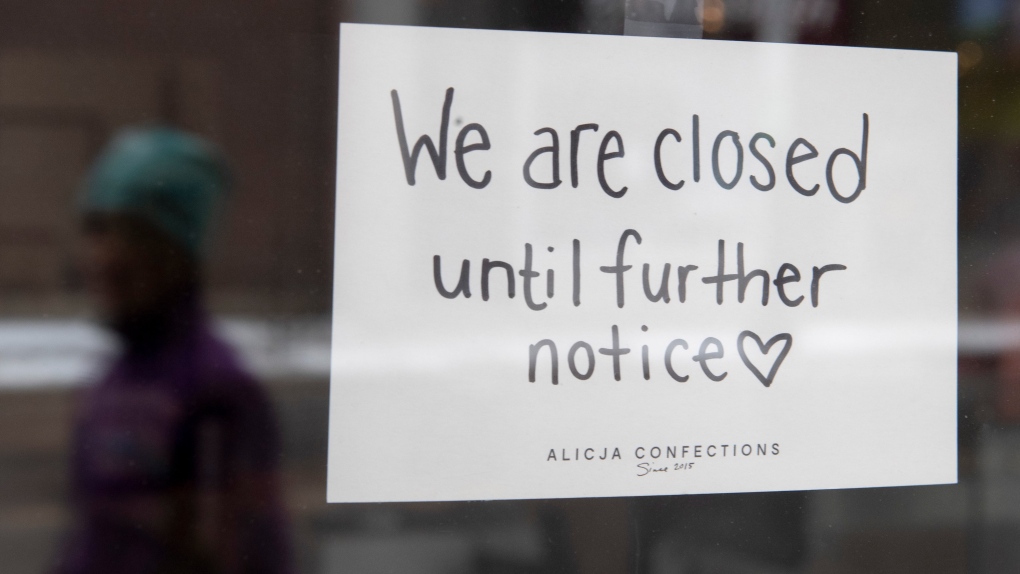 A sign on a shop window indicates the store is closed in Ottawa, Monday March 23, 2020. Ontario Premier Doug Ford announced non-essential businesses would be ordered closed. THE CANADIAN PRESS/Adrian Wyld

TORONTO -- Ontario Premier Doug Ford says he cannot predict when the province will return back to normal amid the COVID-19 pandemic.

The province is continuing to deal with an increase in COVID-19 cases daily. Health officials reported another 170 cases in Ontario Thursday, bringing the provincial total to 858.

“I just wish I had a crystal ball to tell you,” Ford told reporters at a news conference Thursday afternoon. “I’ll be frank. We have some rough waters ahead of us over the next few weeks.”

Emergency orders have shut down dine-in services, movie theatres and attractions across the province in hopes that keeping people in doors will help slow the spread of the virus.

Ford said it appears the majority of people are listening to the orders. He said he’s hearing from people across the province that normally-busy areas are like ghost towns now.

“If we follow the protocols that the chief medical officer of health has put out there then we have a much better chance,” Ford said.

“If we just sit back and don’t do anything then we’ll be in trouble, but we aren’t sitting back. We are doing as much as we can on all fronts and not just the government but the people.”

He said that those who are choosing not to follow advice from health officials are jeopardizing themselves and their families.

Ford said every effort needs to be made in order to flatten the curve, and reduce the number of cases.

“If we can flatten the curve over the next couple of months then hopefully [we can] make sure the curve starts going down,” he said.

“I pray every day that happens.”