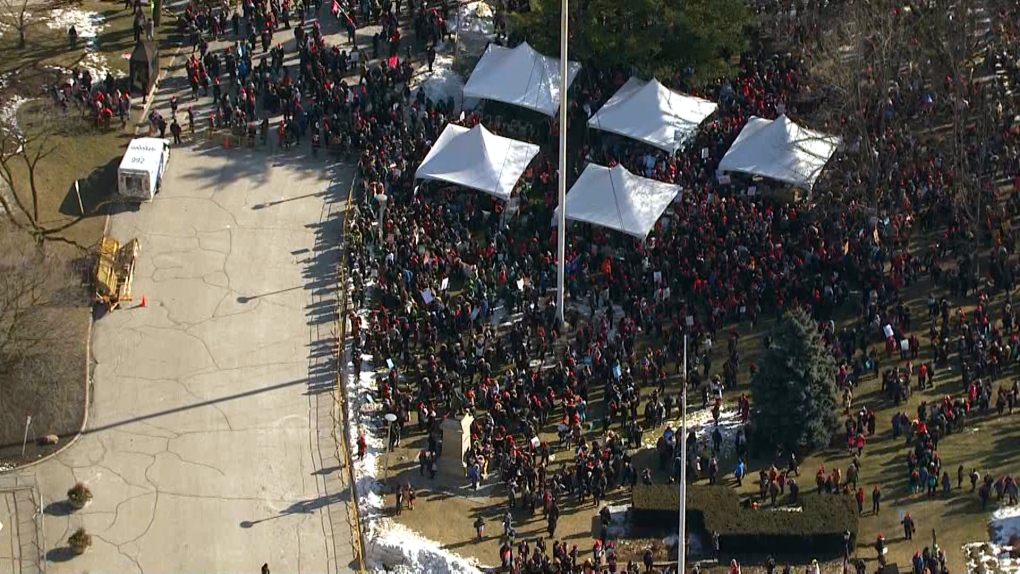 CTV News Toronto's chopper flies over thousands of teachers and their supporters protesting at the Ontario legislature on Friday, Feb. 21, 2020. (CTV News Toronto)

With every public school across the province planning to shut down, a large number of day camps and programs are springing up to offer parents a helping hand.

CTV News Toronto has compiled a list of programs for children Friday.