What some Toronto mayoral candidates are pledging ahead of upcoming debate

What some Toronto mayoral candidates are pledging ahead of upcoming debate 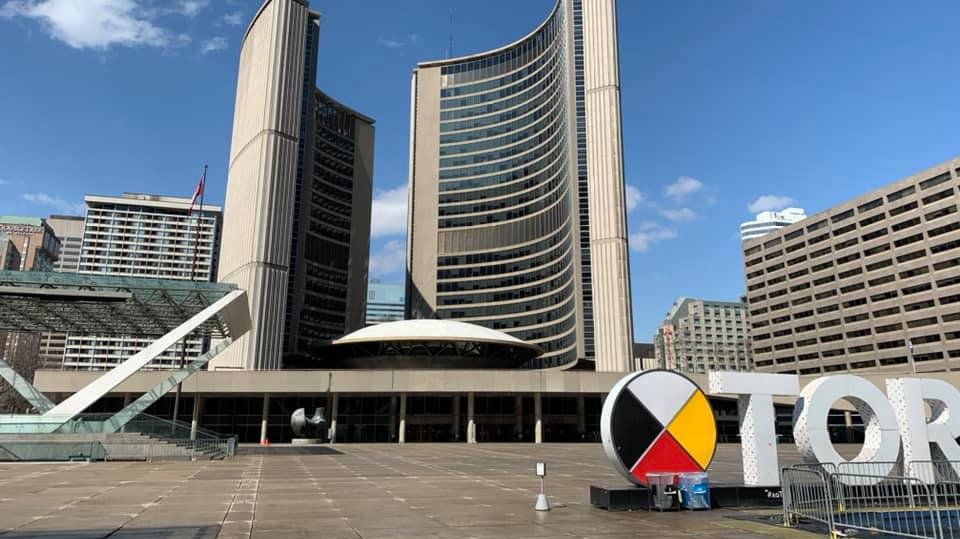 Toronto’s municipal election is less than a month away, but there seems to be a lack of campaign buzz across the city.

There have been a number of announcements by mayoral candidates in recent days, but with voters set to head to the polls later this month, there is still only one debate confirmed so far being attended by candidates leading the race.

The Toronto Region Board of Trade is hosting its debate on Oct. 17, a few days after advanced polling closes.

It’s a notable change from previous elections when there were numerous mayoral candidate debates on deck.

But it is perhaps attributed to a campaign that has been somewhat quiet so far.

“Our mission is to help put a spotlight on the issues that matter most to business and the economy and be a catalyst for growth,” Lindsay Broadhead, the board’s senior vice president, communications & public affairs, told CP24.com.

The debate will be moderated by TVO’s Steve Paikin and will include only five of the 31 mayoral candidates: incumbent mayor John Tory, Gil Penalosa, Sarah Climenhaga, Chloe Brown and Stephen Punwasi.

Broadhead said the board selected those participants out of only a handful of potential leading candidates.

“What we wanted to do is include voices that either represented the business community in some way, were known and had a strong point of view on particular subjects who we believed would be ethical in their debating practice. And also we're diverse, in terms of representation of the diverse communities within the region as well.”

The hour-and-a-half debate will cover five key pillars for growth that are outlined in the board’s “Hit Go on Growth Toronto: 2022 Municipal Platform,” including housing, transit and cutting red tape.

“So be it talent, housing, transportation, it's all connected to cost of living, and how do we as a region continue to attract and retain the people that we need to do the work,” Broadhead said.

“Right now we're seeing across all industries and sectors obviously huge strains on talent pools and our ability to keep workers,” she added.

'THE CITY IS MOVING IN THE WRONG DIRECTION'

At least two of the candidates participating in the debate think Tory, who is seeking a third term after serving in office for the past eight years, is not doing enough or working fast enough to address those very issues outlined by the board.

“It's very clear that the city is moving in the wrong direction. I think it is less affordable, less equitable, and less sustainable than eight years ago,” Penalosa told CP24.com.

Penalosa immigrated to the Toronto area from Colombia 23 years ago and has an extensive background in urban planning, having worked with over 350 cities and governments worldwide.

Let’s create a #Toronto4Everyone. Tell friends that you back my policies on affordable housing, safe streets and green mobility, parks, public services that work by putting up a Gil for Mayor poster. Download, print, or make your own at https://t.co/Lsd2015wmU #ToPoli #Gil4Mayor pic.twitter.com/pRCH099xrq

He is arguably the highest profile challenger against Tory, despite never running in a campaign before, and says he’s committed to achieving a cleaner, safer and more affordable city.

Over the past couple of weeks, Penalosa has held a wide range of campaign announcements outlining his platform, from a community work time plan to encourage flexible work hours to allowing adults to consume wine and beer responsibly in parks.

But Penalosa says housing is his top priority, and one of his main goals is to convert city-owned lands into solely affordable housing units.

“We have so much need for affordable and deep affordable (homes), there is no better place to do it than in the land that we own,” he said.

A 'RESIDENT TOUCH' IS NEEDED

Toronto mother Sarah Climenhaga is also throwing her hat in the ring once again because she says she’s fed up with the city's slow progress.

“I’m really running just to make the city better for everyone who's in it, with that kind of resident touch that too often our politicians don't have. They aren't affected as directly by the problems in this city and so they don't respond as quickly as we need to,” she told CP24.com.

The lifelong Toronto resident says she is heading into this election with a different approach and philosophy after garnering only 0.6 per cent of the votes in her 2018 run.

For those of you just following me now, here's a thread on what I have to offer as a mayoral candidate in Toronto's upcoming election on October 24. A gentle revolution is what I stand for. I'm offering a new approach to change that is collaborative and inclusive. /1 pic.twitter.com/t6yPDhVe2c

During her last campaign, Climenhaga says she was trying to come to office with all the answers, but this time around she’s turning to the experts.

“So my philosophy is different because it's much more inclusive about, you know, we all can work together. There's even other mayoral candidates who have great ideas, and I think we should bring that in,” she said.

Climenhaga is also trying an unconventional approach to campaigning this time around with podcasts, blogs, singing, swimming, hiking and other methods to meet and greet with voters.

And in addition to the board's debate, Climenhaga's mayoral campaign has planned a virtual debate featuring herself and eight other candidates on Oct. 4.

Among several priorities for Climenhaga, transit unsurprisingly tops her list as well.

She believes rapid transit is accessible in Toronto without turning to “expensive mega projects.”

“There's ways to have a rapid transit corridor on streets that don't involve that kind of construction, that might involve just paint or, you know, enforcement or curbs. There are small-scale ways of creating rapid transportation corridors,” she said.

'WE CAN'T AFFORD TO LET THE GAINS WE'VE MADE GET LOST'

Transit is always a hot topic in Toronto but particularly relevant now as completion of the Eglinton Crosstown LRT has been delayed yet again until an unknown date.

Tory reiterated that the Crosstown is being built by the provincial government, not the municipal government, but said he understands residents’ frustration and that they need to re-elect him to ensure current transit deals get completed.

“We actually have a transit deal with $30 billion worth of transit actually being built right now. And that deal was put together on my watch, with me as one of the three partners, meaning the province, the federal government and the city,” he told CP24. com.

Tory says it’s critical for him to be re-elected to continue partnerships with other levels of government on current and proposed deals, such as transit, housing, transit and more.

“We've forged these partnerships that have resulted in the transit deal, (and) resulted in unprecedented cooperation on housing. And those partnerships in most recent times have consisted of myself as the head of the council here, and Premier Ford and Prime Minister Trudeau, and those other two leaders are going to be there for the foreseeable future,” Tory told CP24.com.

🪧This morning in Davenport, alongside @gonzalesgrant, I installed one of the first lawn signs of the campaign!

Grateful to Cerise, Josh and their four children for their warm welcome and valued support.

Tory, who won the 2018 election by a landslide with 63.5 per cent of the vote, has been out campaigning for the past couple of weeks with a focus on transit, housing, and supporting small businesses as they cope from the pandemic.

“I just think whether it's extended to the housing issue, the budget issue, you know, making sure the transit plan gets executed, that there's going to be a premium placed on experienced leadership and that we can't afford to let the the gains we've made get lost,” he said.

The Board of Trade’s debate will be held at the Carlu event space downtown from 2 to 3:30 p.m. and tickets can be bought online.

For more information on voting, visit the city’s website.

This article is part of a series of stories taking a closer look at the mayoral election campaigns across the GTHA. Next week CP24.com will have a story on the race in Vaughan.

A powerful 7.8 magnitude earthquake rocked wide swaths of Turkiye and Syria early Monday, toppling hundreds of buildings and killing more than 1,300 people. Hundreds were still believed to be trapped under rubble, and the toll was expected to rise as rescue workers searched mounds of wreckage in cities and towns across the area.

Experts say the outlook for the loonie in 2023 largely depends on commodity prices, how the U.S. dollar fares, and whether central banks are successful in avoiding a major recession.

China accuses U.S. of indiscriminate use of force over balloon

China on Monday accused the United States of indiscriminate use of force in shooting down a suspected Chinese spy balloon, saying it 'seriously impacted and damaged both sides' efforts and progress in stabilizing Sino-U.S. relations.'

BoC's first summary of deliberations coming this week. Here's what to expect

The Bank of Canada is set to publish its first summary of deliberations Wednesday, giving Canadians a peak into the governing council's reasoning behind its decision to raise interest rates last month.

Charles Kimbrough, a Tony- and Emmy-nominated actor who played a straight-laced news anchor opposite Candice Bergen on 'Murphy Brown,' died Jan. 11 in Culver City, California. He was 86.

An investigation that lasted almost two years has resulted in moose hunting violation convictions for six people and a lodge in Red Lake in northwestern Ontario.

The first battle tank from Canada destined for Ukraine lands in Poland, advocates come together to help sailors who have been stuck for months in a Quebec port, and Beyonce becomes the most decorated artist in Grammys history. Here's what you need to know to start your day.