What's ahead for Toronto's transit system? 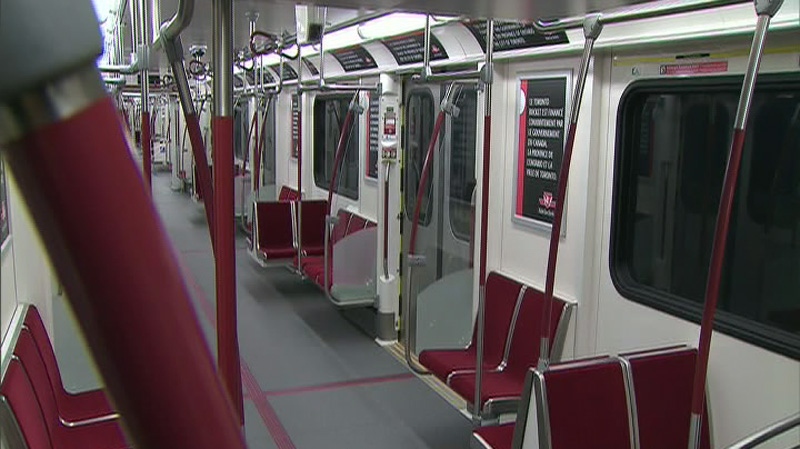 The TTC's new subway cars were made available for inspection at Downsview Station on Thursday, Oct. 14, 2010.

Brief months ago, Toronto had its future laid out on tracks in front of it; 120 kilometres of tracks, to be precise.

The city's transit destiny was set. Plans had been approved, funded and construction was underway, until a new regime took over City Hall and brought with it a new vision.

The Transit City plan, with light rail at its core, was put on hold as the new decision makers crafted a new one. While Toronto prepares for 2011, the only thing certain about its transit future is that a new vision is being crafted that will take it underground.

When he assumed the mayor's office on Dec. 1, Rob Ford made it clear changes were coming.

Before most Torontonians were out of bed, Ford had ordered the TTC to prepare for a transit plan U-turn. By that afternoon he had publicly declared his intention to put all future transit lines underground and away from traffic.

"We will refocus our transit plans on subways not streetcars. We will not build any more rail tracks down the middle of our streets," Ford told reporters that day.

"I ran on a platform as mayor of subways and I was elected with quite a large mandate to build subways, and that's what I'm going to do."

It was in sharp contrast with his predecessor, David Miller, who championed the 120 kilometres in light rail tracks that were at the centre of Transit City.

The plan consisted of a total of 120 kilometres of light rail transit running along eight streets, linking Pearson Airport to the west with the University of Toronto's Scarborough Campus to the east.

Ford has halted ongoing construction on rail lines along Sheppard and Eglinton Avenues. On Sheppard, tracks were already being laid down. On Eglinton, a massive boring machine had been rented to dig a tunnel. The province already had hundreds of millions already invested in the construction.

"I am hopeful that the plans will go ahead. Sheppard is already under construction; Eglinton, we've ordered the tunnel boring machines for," Miller told CTV News during his last days in office.

"All of us know that there is massive gridlock here. All of us share environmental values and understand that if we have rapid transit it is much better for the city. Most people understand that this is also bad for business."

What is clear is that there is no full stop for Transit City, regardless of what Toronto's new mayor envisions his leg of the system to encompass.

Transit City comprises several massive infrastructure projects that cut across several municipal jurisdictions, including Toronto, Mississauga and York that is worth $25 billion in promised provincial and federal investment.

Duncan MacLellan, a professor of politics and public administration at Ryerson University, says the province will not be put off by the new mayor's decision to balk at Toronto's leg of the plan and will most likely proceed with portions of Transit City outside of city limits.

"When you have committed so much already and so much time and effort has been put in to building Transit City and moving the GTA forward, I think they should do whatever they can to save whatever elements can be saved," MacLellan told ctvtoronto.ca.

Consider Transit City as a large jigsaw puzzle. Toronto redrafting its plan is like replacing the puzzle's centre quadrant with pieces from another puzzle. It will be difficult, if not impossible, to make the new and old pieces fit together.

"Other parts of the GTA will have significant improvements to their infrastructure that will make sense and ours will look a bit askew," MacLellan said.

Coun. Karen Stintz, now the chair of the Toronto Transit Commission, has met with TTC manager Gary Webster and the people at Metrolinx, the provincial transit plan commission, and says she is confident they can make Ford's subway plan work.

"There is no question that there are challenges ahead, but there are also wonderful opportunities," she said.

"I think an effective transit system has a mix of options and modes. We will have buses, we do have some streetcars and we are building subways. As we look at our current needs and our future needs it is my expectation that we will have multiple modes of transportation."