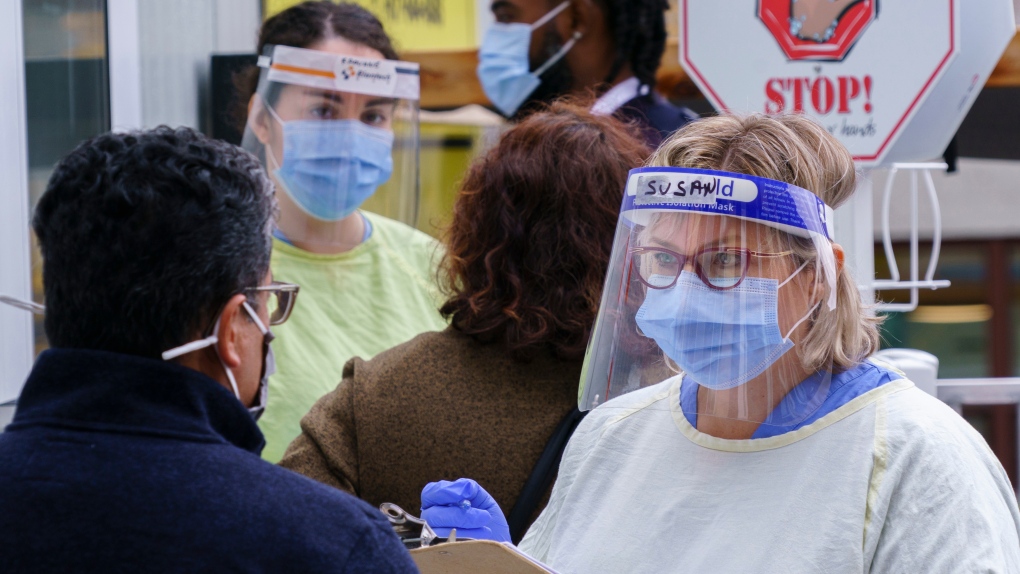 TORONTO -- The top public health official in Halton is asking residents to only dine in at restaurants with people in their households and to stop participating in indoor fitness classes even though they are still permitted for now.

The advice from Medical Officer of Health Dr. Hamidah Meghani comes after the province moved York Region into a modified version of Stage 2 and Premier Doug Ford hinted that Halton could be next.

In an open letter to residents that was released on Monday morning, Meghani said that cases of COVID-19 are continuing to rise in Halton and that there is now no doubt that the region is “firmly in a second wave of the pandemic”

She said while “COVID-19 fatigue is real,” residents cannot let their guards down and must “take collective action now in order prevent a much wore scenario and stricter measures in the future.”

To that end, she said that she is recommending that residents stop participating in some higher risk activities that are still permitted under Stage 3 of Ontario’s reopening plan.

She said that his advice is that Halton residents should limit all team sports participation to training only and no longer participate in indoor fitness classes.

She also said that while indoor dining continues to be permitted at bars and restaurants in the region, residents should try to only eat out with people in their household.

“We all have a choice to make right now – between what we want to do and what we need to do. We still have time to reduce the severity of this second wave, but we need your help to achieve this,” she said. “We did it before and we can do it again.”

The seven-day rolling average of new cases of COVID-19 in Halton Region now stands at nearly 29 and Ontario’s Associate Medical Officer of Health Dr. Barbara Yaffe said as recently as last week that officials were keeping a close eye on the situation there.

On Monday, there were 210 lab-confirmed active cases of novel coronavirus infection in that region, with five people in hospital and 30 deaths since March.

During a press conference on Friday, Premier Doug Ford also referenced an outbreak that has been traced back to a pickup hockey league in Burlington and said that he was “begging the people of Halton” to “follow the guidelines” so he doesn’t have to move the whole region back into a modified version of Stage 2, as has now happened in Toronto, Peel and York.

“Please, help me out here. I do not want to make that decision for Halton,” he said.

In her letter, Meghani conceded that her advice is not mandatory and said that she understands that some residents may find it difficult to adjust to “as fitness and sports are an important part of our routines and help us stay positive through these challenging times.”

Nonetheless, she said that it is her hope that residents follow the advice to “protect one another and stop cases from rising in our community.”

“While Public Health values physical activity and participation in sport, we must take a balanced approach to reduce transmission,” she said.

Halton Region currently has fewer new cases per day than Toronto, Peel and York, even when you adjust for population.

The numbers, however, are similar to the rate of infection that was seen in York Region early last week, prior to it being moved into a modified version of Stage 2.