What does it look like inside Toronto's mass COVID-19 immunization clinics?

TORONTO -- Three city-operated mass immunization clinics have opened their doors in Toronto, a moment that Mayor John Tory says that staff have been “planning for and waiting for” since the early days of the pandemic.

The clinics at the Metro Toronto Convention Centre, the Scarborough Town Centre and the Toronto Congress Centre all began administering vaccines at 11 a.m.

Each of the clinics are currently set up to vaccinate 450 people a day but the goal is to ramp up their operations by the middle of April so that approximately 3,000 doses can be administered at each clinic, seven days a week.

Right now, the clinics are only taking appointments from Ontarians who are 80 or older.

“These clinics have been ready for some time. The furniture has been here, the staff has been hired and everybody has been kind of ready to go and it was just matter of ensuring we had the proper supply to get going without interruption,” Tory said following a tour of the clinic at Scarborough Town Centre on Wednesday morning.

“The job is very simple. It is shots in the arms of as many Torontonians as we possibly can. Ideally we will get every single one done and we are going to work towards that.” 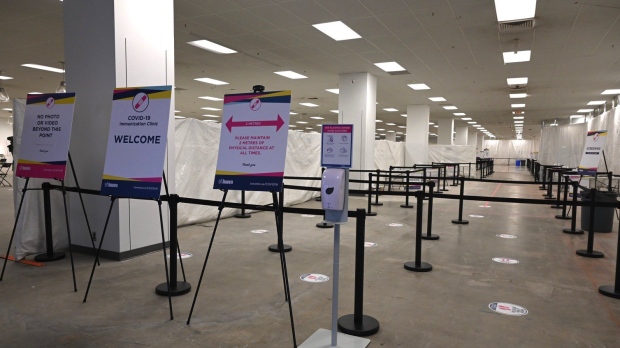 The city plans to open six more mass vaccination clinics in the coming weeks, including facilities at the Malvern Community Recreation Centre and the Mitchell Field Community Centre that are slated to begin on operations on March 20. 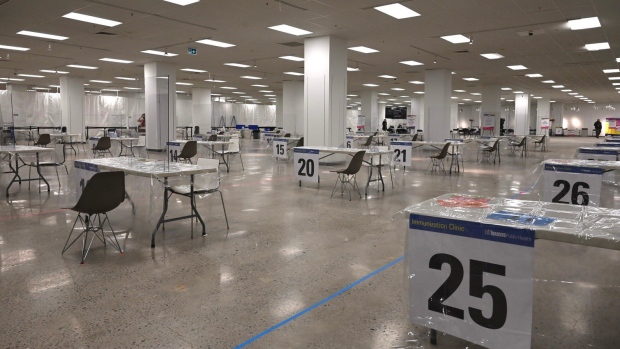 The vaccination clinics will all operate from 11 a.m. to 8 p.m. for now but officials have said that they can be made 24/7 if the supply of vaccine improves significantly. 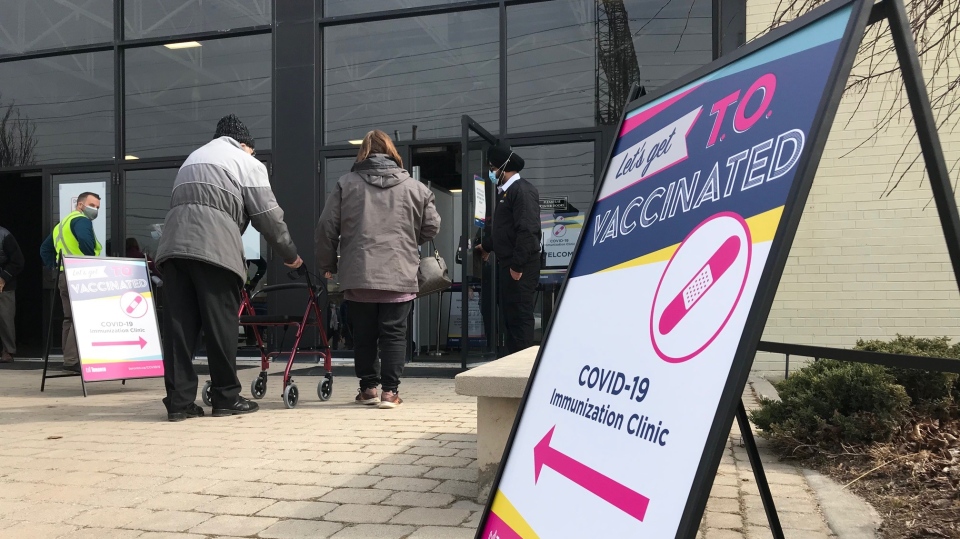 “It feels to me like this is a very large aircraft and we spent the last number of months taxiing it into position on the runway and today is the day we start to bring the thrust levers up and start to take off,” Fire Chief Matthew Pegg, who is leading the city’s vaccine task force, told reporters on Wednesday.

“We start today at 450 doses a day and that scales progressively up over the next couple weeks. March 29 that capacity increases, April 5 it increases again and we are on track assuming that the forecast vaccine availability arrives when we are told it will that some point on April 12 we will be operating at our planned capacity and that would mean than 3,000 doses a day will be administered here and the corresponding amount in the rest of our clinics.”

One of three sites opening its doors today, these clinics will run seven days per week from 11AM - 8PM.