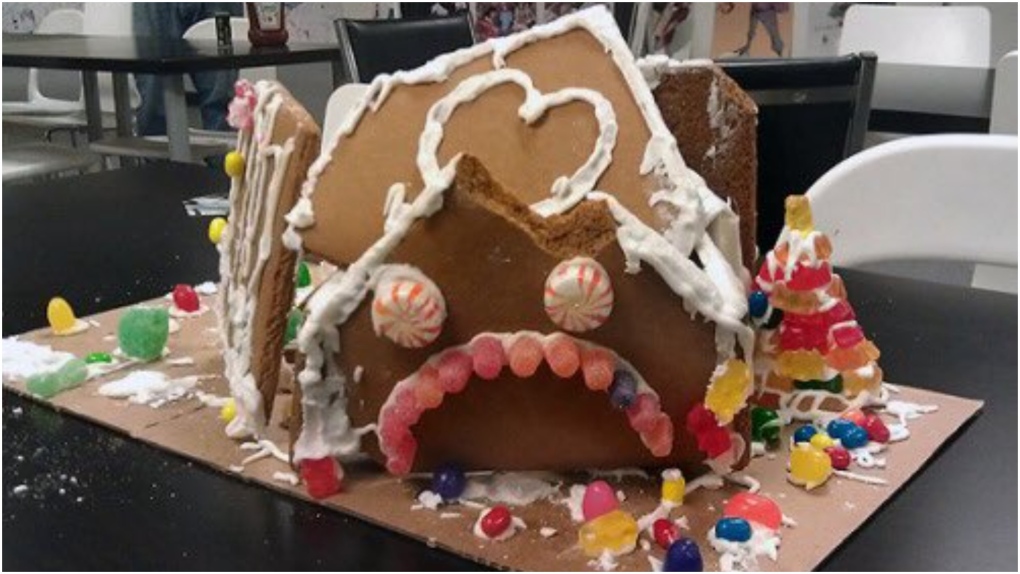 TORONTO -- “Brutal: this house is listed on Toronto MLS for $1.3 million,” writes Amy Wood alongside a crumbling, frowning gingerbread house.

The joke was made in a tweet published Thursday and has since been shared and liked thousands of times with a number of replies joining in on the fun.

“The agent told me I should buy now that it’s going to go up to $1.5 million next year,” writes one user in response.

“I’m renting a jellybean,” writes another.

The humorous take on Toronto’s bullish housing market pokes fun at a number of properties across the city that have recently sold for six-figures and up, despite some of their less-than-optimal qualities.

Brutal: this house is listed on Toronto MLS for $1.3 million pic.twitter.com/WDWSgjfbQH

In August, a tiny house in Toronto’s Little Italy neighbourhood hit the market for $1 million and sold for $800,000 over the asking price.

A month later, a rundown, semi-detached home in The Junction went on the market for $850,000.

Jokes aside, Wood says she has been thinking about what she calls the commodification of housing in Toronto lately.

“The rising cost of an average home is just one symptom of our rampant capitalism, which dictates that we commodify everything—even things, like housing which should be a human right,” she tells CTV News Toronto.

According to a news release issued by the Toronto Regional Real Estate Board earlier this month, the average selling price for all home types combined in November was $955,615, up by 13.3 per cent over last year.

Meanwhile, the city said in September that it had moved about 4,000 people experiencing homelessness into new shelters, hotels and community spaces and permanent housing, which marked a 50 per cent increase over the year prior. At the same time, encampments continue to pop up across the city as people struggle with the cost of living.

“It's just the tip of the iceberg and I wish more people who were frustrated by their house hunt would look at the other symptoms of the problem. It's all part of the continuum that puts profits over people.” Wood said.

“A million-dollar fixer-upper is just the canary in the coal mine. A gingerbread house might make for a funny joke, but knowing how many of our neighbours are currently unhoused this season should make us all very sad.”