TORONTO -- A party in Whitby that hosted some 2,000 guests was broken up by Durham Regional Police Sunday night.

It happened on Ashburn Road, between Brawley and Columbus roads, at what police described as a large house on a 15-acre property.

“We were notified of this ongoing party and our officers attended to keep the peace and maintain order,” Acting Sgt. George Tudos told CTV News Toronto Monday morning.

“Obviously, from the number of people that were at that party, we were outnumbered,” Tudos said. 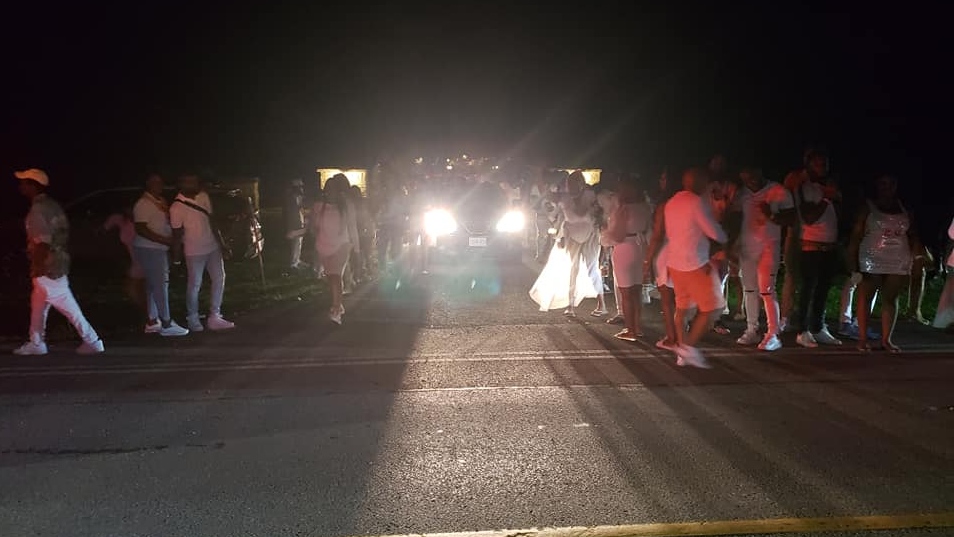 A number of vehicles were seen in the area of the party and Tudos said that guests were also being shuttled in from another location.

Police were able to eventually disperse the crowd and Tudos said that guests cooperated “for the most part.”

Tudos said that police received calls about an impaired driver in the area and one person was arrested. There was another call that paramedics attended for a drug overdose, Tudos said.

Outdoor gatherings are permitted in Step 3 of Ontario’s reopening plan, but only up to 100 people.

An investigation into the party is ongoing. No other charges have been laid at this time. 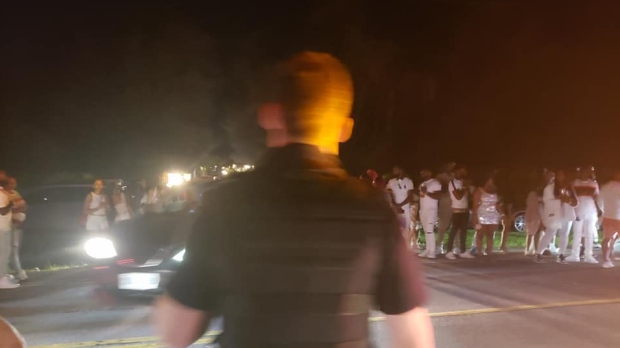