For almost 50 years it's been a comedy institution in this city, and now it has a new home.

The doors have opened on The Second City's new 28,000 square foot Toronto venue, located at One York Street.

"It's bigger, it's better, it's brighter, it's shinier," creative Director Carly Heffernan told CTV News Toronto during a tour of the complex.

Inside, there are three performance theatres, including the 244-seat main stage. There's also a 170-seat '1973 Theatre' named for the year the organization started in Canada. Inside that theatre, a stage modelled on the facade of Second City's original Toronto home: The Old Firehall on Lombard Street.

"The space -- we had at the Old Firehall was more compact," Colin Mochrie told CTV News Toronto. "It was an old firehall which tells you -- there was a pole in the lobby".

The Second City alumnus, and Canadian comedy icon, shared his memories of working in the original space.

"What I enjoyed about it was the cast was very close, because we were literally very close. Everybody's dressing cubicle was right beside each other and there was that history of you know the cast of SCTV started here, and all these amazing people have gone through. And there was a smell downstairs that we just assumed was the smell of legends."

From Eugene Levy, to Gilda Radner, Martin Short to Mike Myers, the list of Second City members who have gone on to comedic stardom is long. And one of those legends is being honoured in the new venue.

A small, 70-seat performance space has been named the "John Candy Box Theatre". On the stage are slats of wood, laid by hand, taken from the original stage at the first Second City location.

"I think I smell a bit of my flop sweat in the corner," joked Mochrie as he examined the historic flooring. 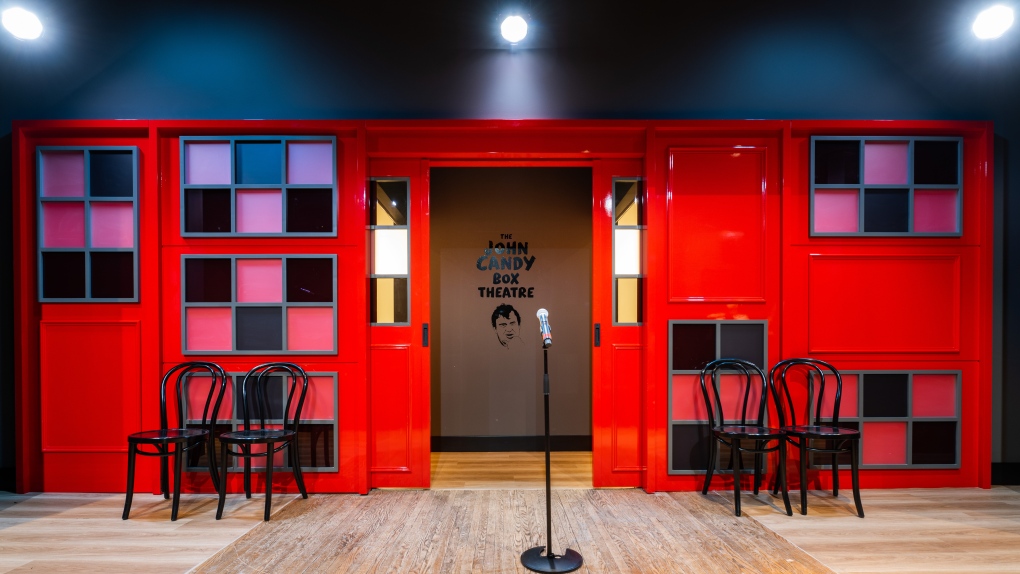 This is The Second City's fourth Toronto location in 49 years. After Lombard Street, Second City moved to Blue Jays Way, and later Mercer Street. That location closed when the building was sold for condo development.

The new facility features not just performance space, but also nine studios for sketch and improv teaching and training.

"I'm not a big fan of it," said Mochrie. "Because it just means there's people trying to replace me. So obviously I have mixed feelings but on the grander scale you're getting quality training from people who have gone through this process, who know what it's like."

Having both the educational and performance spaces on the same level, is an important feature for the organization's creative director.

"I love that ensemble is something that we talk about all the time when we're creating at Second City," said Heffernan. "It's so important -- ensemble on the stage, but also ensemble off of the stage -- and that's what this space allows for."

Connected to the PATH system, the new Second City also features three bars, and in-show food provided by Oliver & Bonacini (O+B). It's planned as a place for some of the next generation of comedy stars to train and perform, and a place where audiences can sit back and laugh.

"We really need to laugh," said Mochrie. "It's so great that Second City is back out there ready to continue the tradition." 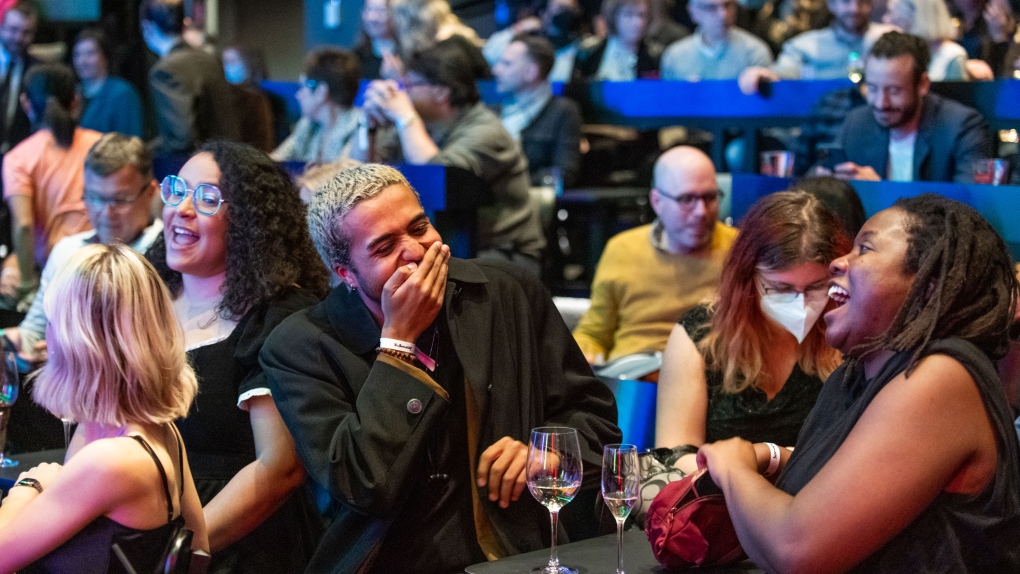 Canada's health care system is not working as well as it should and that has to change, Prime Minister Justin Trudeau said Tuesday as he prepared to meet the premiers to work on a new health-care funding deal.

Search teams and emergency aid from around the world poured into Turkiye and Syria on Tuesday as rescuers working in freezing temperatures dug, sometimes with their bare hands, through the remains of buildings flattened by a magnitude 7.8 earthquake. The death toll soared above 5,000 and was still expected to rise.

A former London police officer was sentenced Tuesday to life in prison with a minimum term of 30 years for raping and sexually assaulting a dozen women over a 17-year period.

Exoplanet 31 light years away could be habitable: astronomers

Astronomers have discovered a rocky exoplanet about a few dozen light years away from Earth with conditions that could make it habitable.

John Benoit of West Jeddore, N.S., says he has been beachcombing for over 50 years, but his most recent discovery -- a Killick anchor -- is by far his most memorable.