Hundreds gathered outside the Regent Park Aquatic Centre for the United Against Hate: Solidarity Action rally, which began at around 3 p.m.

Many made signs and chanted "white supremacy has got to go" and "the people united will never be defeated."

The signs were then posted outside at the construction site near the aquatic centre where a noose was found on Friday. 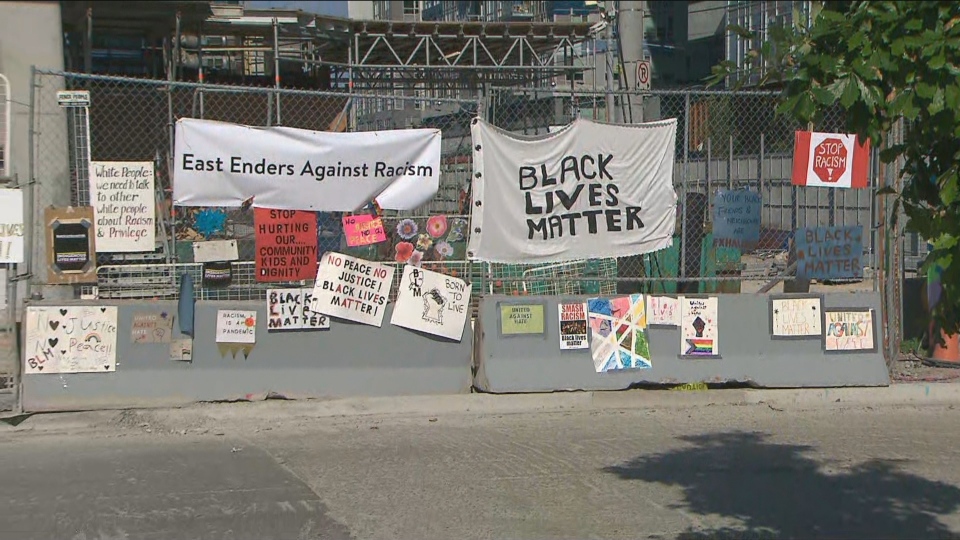 The Daniels Corporation confirmed on June 26 that a noose was discovered at their worksite on Dundas Street East and Sumach Street. The company said it took immediate action and filed a report with Toronto police following the discovery of the noose.

"This deplorable act against the Black community is unacceptable, and we reaffirm that there is zero-tolerance for racism, prejudice and hate on our construction sites and within our organization," the company said in a statement.

"Unfortunately, this is not an isolated incident within the construction industry and reinforces that more action is required."

The day before, a noose was found at a separate construction site at 81 Bay Street. Construction companies Ellis Don and Govan Brown said police were immediately contacted.

Earlier in June, two nooses were discovered at a worksite at Michael Garron Hospital. Police said they are investigating the incident as a hate crime.

Rev. Maya Douglas, who is one of the speakers in the rally, said nooses have a long history in the Black community as a sign of persecution.

"It angers us," Douglas said. "We're tired of being threatened. We're tired of people seeing our lives as something that is expendable."

She said if the person put the nooses as a joke, it's not funny.

"We take it very seriously, and it is a hate crime."

Douglas, who spoke about the legacy of colonialism, said it is crucial to acknowledge Canada's long history of colonial violence, especially on the country's birthday.

"So when we have this conversation today, we are acknowledging that Black bodies, brown bodies are still in danger here. That this is not the paradise, the oasis for everyone who is not white to escape to." 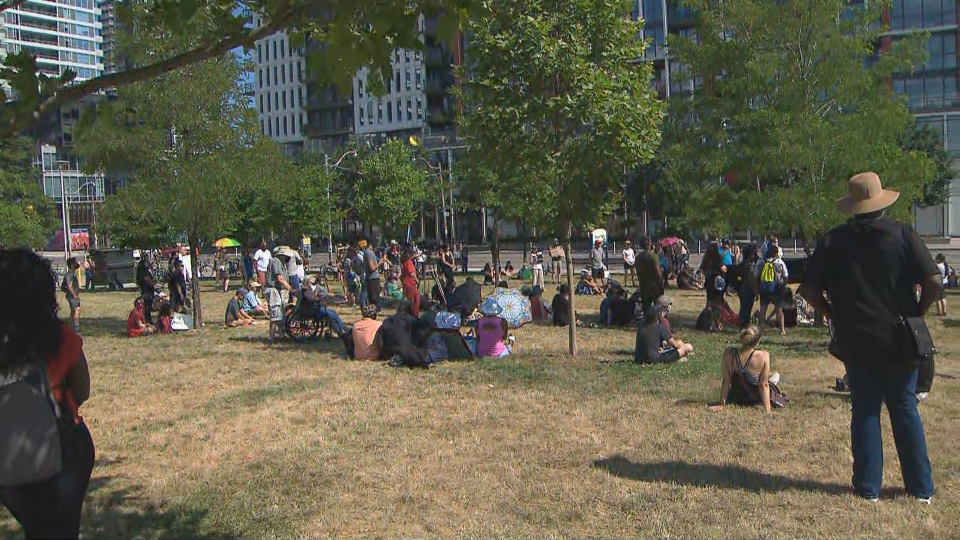 Several community leaders spoke about how they experienced racism in their daily lives. They encouraged community members to speak up when they see injustice and denounce acts of hate.

Area resident Gail Lynch said she is furious that a noose was found at a construction site in her community.

Lynch said she is participating in the rally to call on political and corporate leaders to eliminate systemic racism.

"Let's change system racism. We don't need you to pat us on the back. We don't even need you to come at a rally," she said. "We are looking for a change."