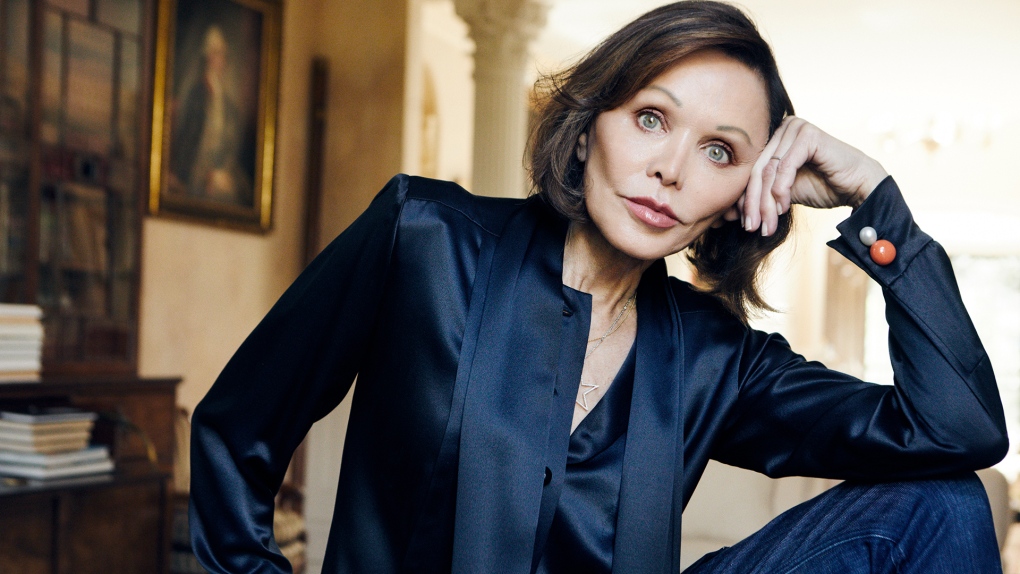 Barbara Amiel is shown in a handout photo. You're not really a "somebody" unless you've made the titular list of "Friends and Enemies" in Amiel's new autobiography. THE CANADIAN PRESS/HO-Ted Bolton/Penguin Random House MANDATORY CREDIT

TORONTO -- You're not really a "somebody" until you've made the titular list of Barbara Amiel's new autobiography "Friends and Enemies."

Amiel's roundup of perceived allies and adversaries reads like a rollcall of some of the most influential figures across three countries for the past half century.

But what does friendship really mean in the rarefied realm that Amiel occupied as the conservative columnist wife of a newspaper baron, Lady to Lord Conrad Black, who in joining forces became a British-Canadian media power couple?

As it turns out, not much, according to Amiel. She learned that lesson the hard way as hangers-on scurried away from the fallout of the supernova-like explosion of her and Black's lavish lifestyle.

"'Friends' is something that fluctuates throughout your life," Amiel said in a recent phone interview. "You can only divide people really into enemies."

Soon to turn 80, Amiel rehashes her greatest hits of grudge-holding with vicious verve in her recently released memoir tracking her high-wire trajectory from polarizing political journalist, to couture-clad socialite, and finally, self-styled exile of the establishment she and her husband once commanded.

But despite the nearly 600-page tome's vindictive title, Amiel insists the impulse to write "Friends and Enemies" was less about settling scores than an exercise in self-understanding.

"I needed to know who I was," said Amiel. "If you've been through a life of some ups and downs, but haven't accomplished anything substantial, and yet, at the same time have evoked such incredible spite in some people, you realize that your view of yourself must be flawed."

"I think I'm as reliable as it's possible for a human being to be when confronted with what they consider to be the truth about themselves."

That truth, at least in Amiel's telling, is a study in contradictions.

Born into a Jewish family in Hertfordshire, England, Amiel said her adolescent uprooting to Hamilton, Ont., instilled in her a feeling of displacement that stuck with her.

In a sense, her and Black's spectacular ouster from polite society affirmed Amiel's subconscious conviction that she'd always be on the outside looking in at the glittering elite, even as her social calendar and designer wardrobe seemed to suggest she was staring directly into a mirror.

"Seeing oneself as an outsider may be a form of vanity, because everyone sees themselves in a way as an outsider," said Amiel. "You do go through life, not with a chip on your shoulder, but feeling you just don't somehow belong."

At every turn, however, Amiel sought to differentiate herself from the stuffed shirts who dominated Canada's media scene.

She burst into the headlines as a right-wing rebuttal to Gloria Steinem: a raven-haired bombshell, brash as she was bawdy, with an acerbic wit and aptitude for rattling established orthodoxies.

A longtime Maclean's writer and the first female editor to helm the Toronto Sun, Amiel railed against the creep of the feminist progress she seemed to stand for. A three-time divorcee, she has bemoaned growing LGBTQ acceptance as an affront to society's "traditional values." An immigrant to Canada, she has stoked fears that "Canadians -- as we know ourselves -- may be an endangered people in a few centuries."

Her appetite for the offensive has not dulled over the years. Her book is brimming with outwardly outre takes on issues ranging from the .MeToo movement to the "matriarchy" guiding the investigation into missing and murdered Indigenous women.

In an interview, Amiel asserted that the current "cancel culture" would prohibit such a "civilized exchange of views" without the threat of professional retribution.

But far from being shunned from the mainstream discourse, the release of Amiel's book this month was met with a media frenzy. The most salacious tidbits -- bedroom intrigue, high-society badmouthing, her bloodthirsty proclamation that she wants to see her persecutors "guillotined" -- have already been mined for tabloid fodder and journalistic lampoonery.

Amiel's media caricature as a status-hungry, man-eating social climber was cemented when she married Black in 1992. But privately, Amiel said she settled into the security of their "non-neurotic love."

"As long as I had Conrad at my side, I could handle the extraordinarily high ozone layer that he took me into, socially speaking," said Amiel. "I didn't think about what it would mean to tumble not into a lower socio-economic sphere, but into disgrace."

With their union came a new set of gilded obligations that Amiel said she felt ill-equipped to uphold -- the duties of running a 26,000-square-foot estate, difficulty navigating the mannered milieu of the ladies-who-lunch but barely eat, the pressure to accumulate the requisite regalia to win the approval of the beau monde (a burden exacerbated by Amiel's own spendthrift shopping habits).

But in the end, Amiel said it wasn't her elite excesses that did her in, but the irresistible pull of a punchy turn of phrase.

When she told Vogue magazine in 2002 that her "extravagance knows no bounds," surrounded by closets full of high-priced fashions, Amiel said she was making a self-deprecating joke.

But she said her sense of humour was lost on what she characterizes as the cabal of rivals and lawyers dead-set on dethroning Black from his media company, Hollinger Inc., where he was chief executive and chairman.

"Once I realized (Black) had done absolutely nothing wrong, I then ... looked to myself, and I thought, I'm the cause of this. It's my flamboyance. It's the way I irritate people."

Amiel doesn't begrudge her high-powered friends for keeping their distance after Black's 2007 convictions on obstruction of justice and fraud, for which he spent more than three years in a Florida federal prison, with Amiel as his dutiful visitor.

The convictions related to what prosecutors called Black's scheme to siphon off millions of dollars from the sale of newspapers owned by Hollinger. Black has always maintained his innocence.

Amiel credits Trump for seeing through the "corporate governance fad" that she believes drove Black's prosecution, although she concedes Black's personal connection to Trump might have worked in her husband's favour.

But she rejects the notion that Black's glowing biography of the president might have influenced the decision. (Trump receives a special mention among the "supportive high office holders" on Amiel's list.)

"Friends and Enemies" ends on a note of triumphant defiance: "I'm going to try to enjoy the remaining time left to me. And bugger off to the whole lot of you," Amiel writes. "We're still here. You lost."

But if you think Amiel is quietly riding off into the sunset, you have another thing coming.

"Human rights and freedom of speech in Canada is in great peril. I don't think I'll ever be able to stop that fight. It's just I have to find the arena where I can fight it," Amiel said, floating the idea of starting her own online venture.

This report by The Canadian Press was first published Oct. 18, 2020.