TORONTO -- The remains of a Toronto-born Canadian Armed Forces member killed in a helicopter crash off the coast of Greece last week were returned to her hometown on Wednesday along the Highway of Heroes.

Sub-lieutenant Abbigail Cowbrough, a 23-year-old marine systems engineer from Halifax, was one of six Canadian Armed Forces members who died after the Cyclone helicopter crashed into the Ionian Sea on April 29 while returning from a NATO training mission.

"We're really glad to welcome our girl home again," Cowbrough's grandmother Brenda Shewchuk said in an interview with CTV News Toronto on Wednesday. "Normally it would be a big hug on the front porch, in all her glory, she would be flipping her curls and telling us all her latest adventures – and we're not going to hear it this time, but we're really glad she's home."

A motorcade carrying her body travelled to the Office of the Chief Coroner in Toronto from the Canadian Armed Forces Base in Trenton, Ont. on Wednesday, following a special ramp ceremony attended by Prime Minister Justin Trudeau, Gov.-Gen. Julie Payette, and family members of the six victims.

Cowbrough's remains have been recovered, while the other five crew members are still missing and presumed dead. 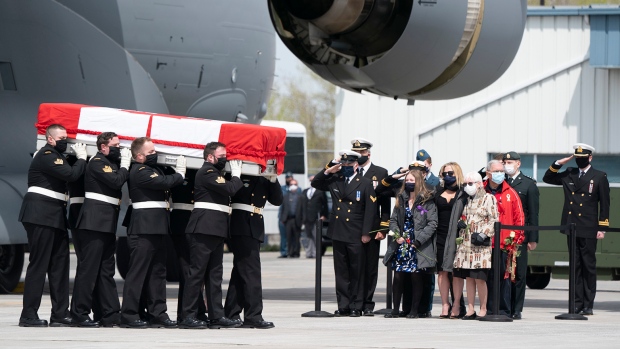 Shewchuk, who recently had knee surgery and was unable to travel, watched from her Etobicoke home.

"The repatriation is comforting for us. The fact that Abby's body was found very early. We didn't have to go through the suffering that the other five families did," Shewchuk said. 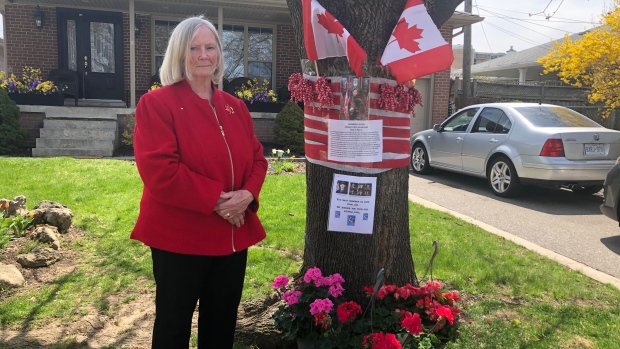 Cowbrough was born and raised in the Greater Toronto Area, before moving as a young teenager to Peterborough, where she became a member and bagpiper with the Royal Canadian Air Cadets.

"She just loved everything about the military," her grandmother said. "It just served her purpose in life. And the fact that she would give her life for her country is incredible."