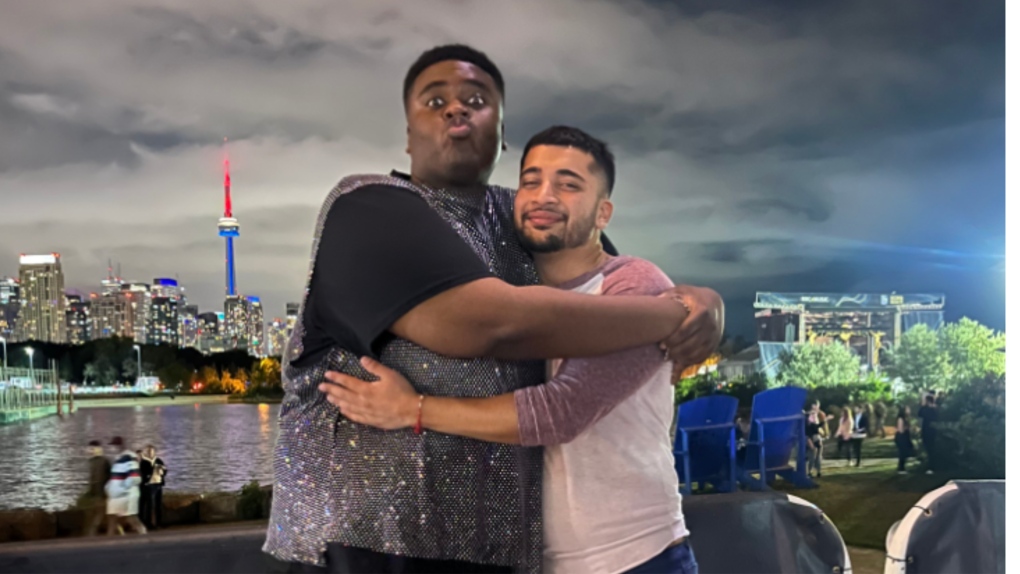 The two new friends at the Lil Nas X concert at Echo Beach in Toronto. (Supplied)

An Uber ride to a Lil Nas X concert became more than that for Tedy Andreville.

On Sept. 16, Andreville hailed an Uber on his way to the Echo Beach concert. He says he’s not one for usually talking during his Uber rides.

"I will get in the Uber, and I will just be glued to my phone," he said. But this time was different.

He couldn’t remember how exactly the conversation steered to asking his Uber driver, Giri, to go to the concert. But Andreville had an extra ticket on him to give away.

"I knew some people that were there already, but I’m just like ‘Okay, I have this extra ticket, what am I going to do with it?’," Andreville said.

"I was just like… ‘I have this extra Lil Nas X concert [ticket], if you want to go, genuinely, you can have the ticket. You don’t have to come with me.’"

Now that’s how you make memories!

Giri, the Uber driver who asked not to share his last name, told CTV News Toronto he thought about it for two minutes before saying: "Life is short, whatever. Let’s go for it."

After finding a spot to park, and Giri calling off work for the night, the two of them went to the concert together.

Giri doesn’t really listen to Lil Nas X – "I do know two or three hit songs that he has" – but had a good time, saying "I really loved that concert."

The pair even made it close to the stage.

"I grabbed his hand and legit pushed all the way to the front," Giri said. "I said, ‘You got me [this ticket], you got me drinks, you paid for my parking, the most I can do is get you to the front row.’ And that’s exactly what we did. We got pretty much to the front section."

The two of them didn’t call it a night after the concert, either.

"Afterwards we had a whole adventure, or whatever, it was a sick day," Andreville said.

From going to Woody’s on Church Street to sitting on the rocks at Humber Bay Shores talking about their lives, the new friends didn’t make it back home until the early morning hours on Saturday.

The two of them have already hung out a few times after the concert.

Andreville shared they went for sushi the day after the concert, and now they’re planning on going to meet up at Jack Astor’s sometime this week.