'We haven’t found a shoe, a wallet, or a hat': Search for elderly Toronto man approaches 3-month mark

'We haven’t found a shoe, a wallet, or a hat': Search for elderly Toronto man approaches 3-month mark 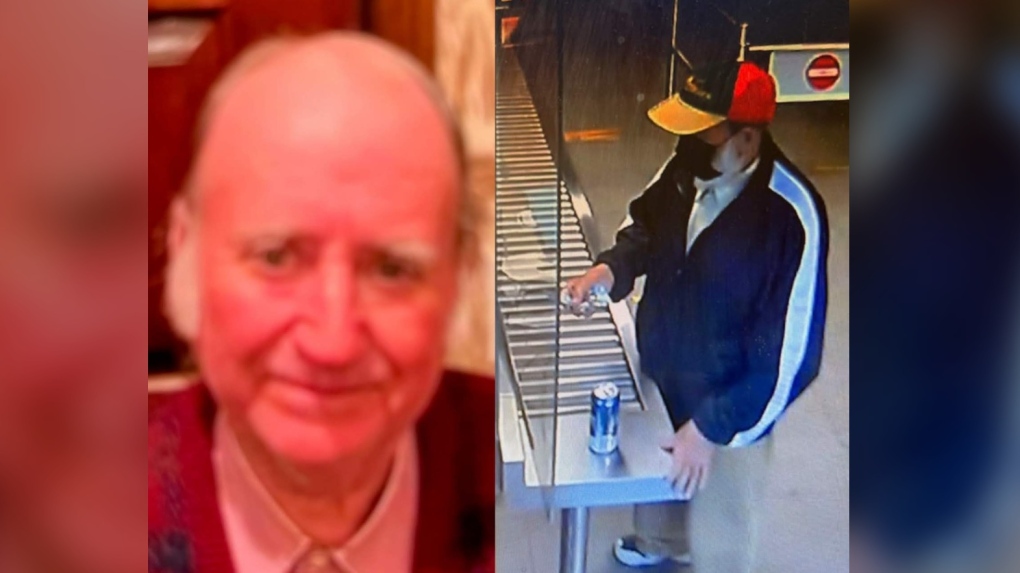 The search for Antonio Madeira is almost at the three-month mark and his family tells CP24 that they are no closer to answers than they were following his disappearance from his west-end neighbourhood in July.

Madeira, who is 76, went missing just over 10 weeks ago. He was last seen on July 12, sometime between 10:30 and 11 a.m., near Winona Drive and Mulberry Crescent in the Oakwood-Vaughan neighbourhood.

Described as five-foot-five and 150 pounds with a thin build, a tanned complexion, hazel eyes, balding short white hair, and a full white beard, Madeira wore a dark or black jacket with a distinctive large white stripe on each arm, light khaki pants, white or light-colour shoes, and a multi-coloured baseball cap. He was also seen carrying his wallet and keys.

Madeira, who speaks Portuguese and understands Spanish and Italian, but struggles with English, walks with a slight, but distinct limp, and often clasps his hands behind his back.

He is a well-known resident of the Oakwood-Vaughan neighbourhood and has called the community home for four decades. 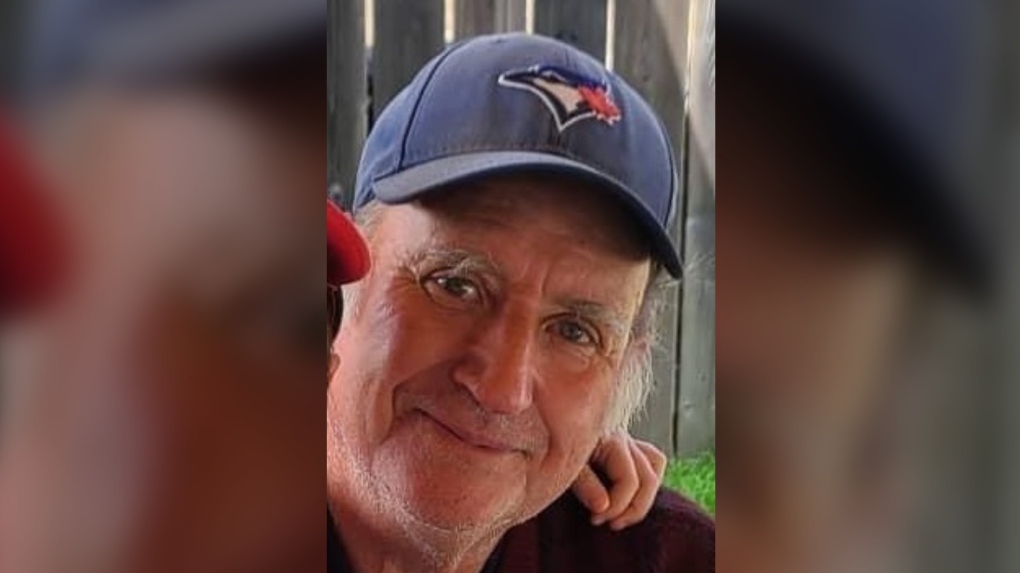 Antonio Madeira, 76, was last seen on July 12 near Winona Drive and Mulberry Crescent.

Since Madeira’s disappearance, his distraught family have canvassed and put up posters in several neighbourhoods throughout Toronto that he might have frequented. They’ve also searched parks, trails, laneways, yards, shelters and soup kitchens among other spots in an attempt to locate him. More recently, the search for Madeira has expanded its focus to outside of the city, especially in more rural or wooded areas.

A number of citizen groups have also come forward to help with the search. Some organizations have even brought in special sniffer dogs, but so far no concrete information about Madeira’s whereabouts has come to light, his son said.

“The unknown is really weighing on us. It’s the worst thing in the world and it’s really hard to bear,” Michael Madeira shared. “We haven’t found a shoe, a wallet, or a hat. We’re just asking everyone to keep an eye out,” he said. 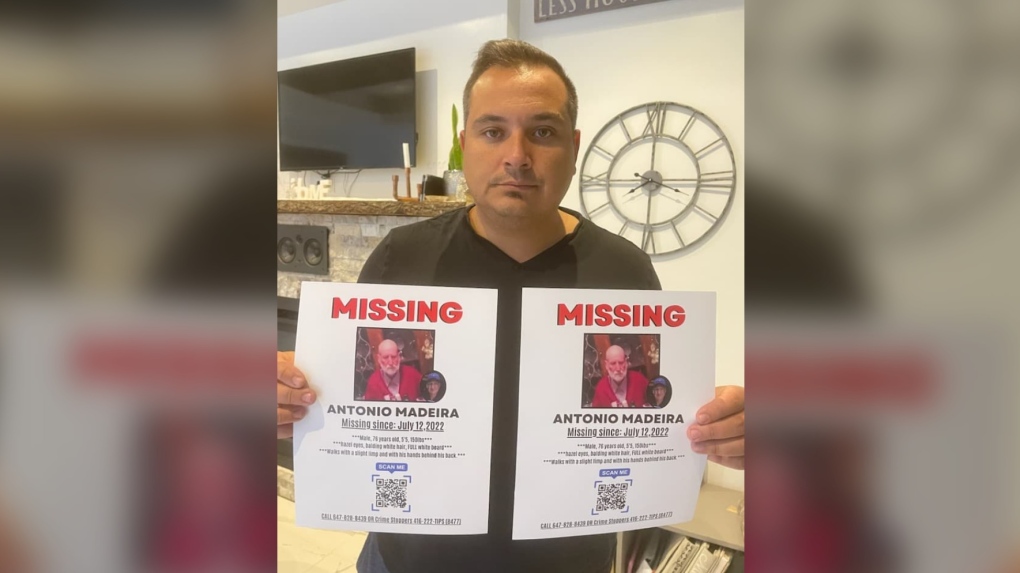 Antonio Madeira's son, Michael Madeira, holds posters of his father that have been plastered throughout Toronto since the elderly west Toronto resident went missing on July 12.

Michael said in the first few weeks after his dad went missing there were some potential sightings of him, but in the end nothing came to fruition. The search is now at a “bit of a standstill,” he admitted.

As part of their investigation, Toronto police had initially set up a command post near Madeira’s home, but at this point they’re solely “following up on information the community provides in the form of leads and sightings,” TPS media officer Const. David Hopkinson said.

Michael, who said it is possible that his father may have undiagnosed dementia, said because it’s been so long since he went missing, people are starting to think he’s been found. Sadly, that’s not the case.

“He’s still missing and we’re still searching,” he said, adding anyone who wants to help look for his dad should get in touch through Facebook or Instagram. “Our concern now is that the weather’s changing. We need to get some answers before the snow falls.”

The Madeira family is asking anyone who sees Antonio to immediately call 911 and stay with him, if possible, until emergency responders arrive.

Both police and Madeira’s son said he will likely appear dishevelled and may be confused and afraid.

People can also contact Michael Madeira directly at 647-282-8439, if they have any information or if they see his father.